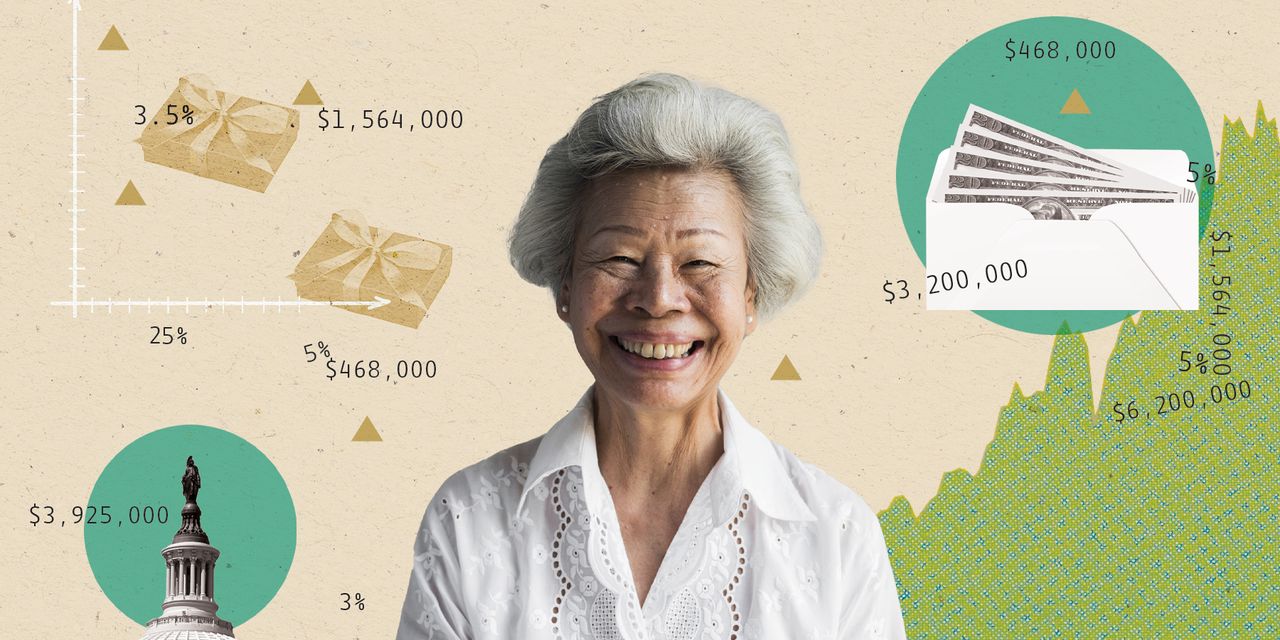 Required minimum distributions have been in the news lately as Congress strives to pass Secure Act 2.0, which would raise the age at which seniors must begin making withdrawals from government-sponsored retirement plans. employer and individual retirement accounts.

Barron’s brings you retirement planning and advice in a weekly roundup of our articles on preparing for life after work.

Do you have a question about retirement savings or your personal financial situation? Whatever the question, Barron’s Retirement can try to help. Email [email protected], and we might turn to finance professionals for answers.

Q: My wife will be 72 in October. Does she have to take her initial RMD after her birthday, or can IRA withdrawals made throughout the year be used to reach the RMD?

As long as she turns 72 this year, the exact date of her birthday doesn’t matter, so withdrawals made throughout the year count towards her RMD, Burnette said. As this will be her initial RMD, she has until April 1, 2023 to take it. The following RMDs must be made each year before December 31, so withdrawing his 2022 RMD this year would save him from having to take two RMDs in 2023.

Q: I’m still working full time and don’t plan to retire for five years. Do I still have to spend RMD from this year?

If you have an IRA and turn 72 this year, you must take an RMD for 2022, Denton said. However, you may be able to delay taking RMDs from your company’s traditional or Roth 401(k) plans until after you’ve retired, depending on the plan, according to IRS Publication 575: “Pension and Annuity Income “.

Some 401(k) plans allow current employees to delay taking an initial RMD until April 1 of the year following the calendar year in which they retire. If you retire this month, for example, your plan may allow you to wait until April 1, 2023 to take your initial RMD.

Other plans may require workers to take RMDs on the standard schedule, which means you must take your initial RMD for the year in which you turn 72, no later than April 1 of the year. ‘Next year. If you own 5% or more of the business, you must spend RMDs on this schedule, even if you are still working.

“It’s extremely important to check the description of your 401(k) summary plan,” Denton said. “Most plans I’ve covered will allow you to delay it until you retire, but some plans may require you to start at age 72 and not delay it, so it all depends on the company’s plan.”

Q: I work and continue to fund a Roth 401(k). I understand that I have to take RMD, but there will be no tax due as this is an after tax account. I did not receive an estimated RMD calculation from my job’s 401(k) provider as of early 2022. Is my understanding correct?

Since you’re still working, your company’s plan probably doesn’t require you to take an RMD from your Roth 401(k), which is likely why you didn’t receive an RMD calculation from your plan administrator, Burnette said. .

According to IRS Publication 575, you generally must begin taking RMDs from your traditional or Roth 401(k) after you reach age 72 or retire. In both cases, you have until April 1 of the following year to complete your initial RMD.

Q: I turned 72 in January and asked my IRA custodian to send $5,000 to a Ukrainian charity as a tax-free contribution and partial RMD. Can I wait to withdraw the remaining RMD amount in early 2023 without incurring IRS penalties now that I’ve gotten the RMD ball rolling?

You still have until April 1, 2023 to complete your initial RMD, even if your charitable contribution was made this year, Burnette said. Seniors over 701/2 can make qualified charitable distributions from IRAs totaling up to $100,000 this year. The money goes directly from the IRA to the charity and is not taxed, although it does count towards your RMD.

If you donate to an organization other than a qualifying charity, you’ll likely have to pay taxes on your IRA distribution, Denton said. If you know a charity’s Employer Identification Number, you can use the IRS website to verify that the organization is eligible to receive tax-deductible contributions.

Your RMD for 2022 is based on your account balance at the end of 2021, regardless of when you actually take that year’s RMD, Burnette said. This is one of the reasons why it makes sense for older people to take RMDs early in the year, selling assets before they have a chance to lose value, as it s is produced this year.

The counter-argument is that since the stock market typically goes up over time, taking RMDs late in the year gives assets a chance to appreciate. To mitigate the risk of market volatility, some seniors withdraw monthly or quarterly to meet their RMDs during the year.

The little Q: Answers to your financial questions