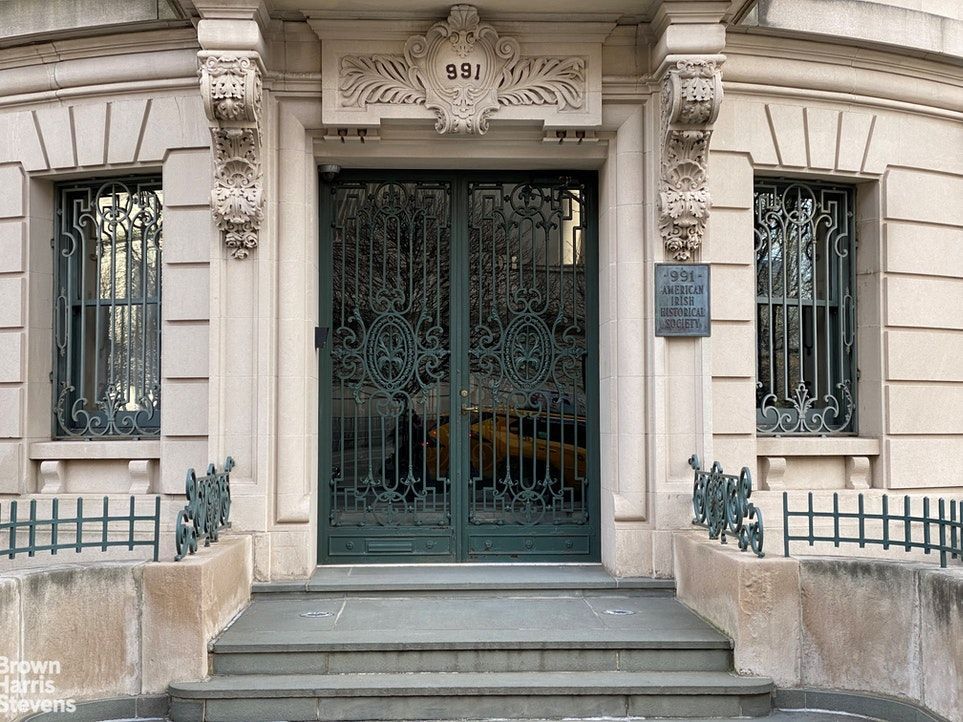 The recent revelation by General Chairman Michael Higgins of his program for the American Irish Historical Society is as regrettable as it is predictable.

The hand-picked choice of the same board that brought AIHS to the brink of ruin, the General Chairman expressed a haughty disrespect for the very people AIHS was founded to represent.

As former president of AIHS, I have joined with others in society to end its chronic mismanagement and bring about long overdue and desperately needed change.

Sign up today to receive daily, up-to-date news and views on Irish America.

With their support, I have continued this campaign for the past two years. It is in this light that I find it necessary to respond to the specious and offensive assertions made in the comments published by Mr. Higgins.

Although Mr. Higgins is indignant about the source of the information, he does not dispute its accuracy. His appointment as General President is a fig leaf meant to provide cover for the selfish elite who have so jealously guarded their control over AIHS.

The transparency of this most recent attempt to lend legitimacy to a leadership lacking in credibility led to the resignation of four board members.

The overarching goal of General Chairman Higgins, and those who have chosen him, remains to liquidate and monetize 991 Fifth Avenue, the AIHS’ major asset.

Those who chose him are the same “patrician” “ancestry” he refers to in his letter. It’s clear that their agenda is all about the money, and always has been.

These potential auctioneers know the price of the company headquarters, but not its value. Mr. Higgins wants to endow the company with the multi-million dollar proceeds from the sale.

“All this money,” he writes, would require no “compromising donor involvement.” It does not mention who exactly would control and manage “all that money”.

It seems obvious that without outside oversight, the same cohort that transformed society for their own ends would feast on the spoils. Unable or unwilling to recognize a fiduciary responsibility to the long-term donors of the society’s mission and its myriad supporters, Mr. Higgins imagines a leadership that is answerable only to itself.

But, as he should know, serious questions about the integrity of the company’s finances and practices are being diligently investigated by the New York State Attorney General.

Mr Higgins says the AIHS’ iconic headquarters at 991 Fifth Avenue, across from the Metropolitan Museum of Art and in the heart of New York City, is “unsuitable as a place of research”.

It is true that, in recent times, few studies have been made. It is a function of the transformation of the company into a private clubhouse. Imaginative use and redesign of interior spaces would provide ample room for scholars and researchers.

Perhaps General President Higgins could check out NYU’s Glucksman Ireland House, which has used its limited space to become a center for the study of the global Irish diaspora and its relationship to the multicultural phenomenon of immigration.

In a broader sense, the company’s headquarters location provides access to the vast archival resources of the New York Public Library as well as NYU’s Irish America Archive.

The company has the opportunity to partner with the new $60 million Irish Arts Center for the representation and exhibition of the richness of Irish and Irish-American culture.

It should be noted that a fruitful relationship with the prestigious Irish Repertory Theater had been formed before the gross misconduct of the company’s director led to its breakup.

Mr Higgins’ claim that he “feels personally” embarrassed by the prevalence of a “stilted and hallowed version of Irishness in America” ​​is not only unfortunate, but misplaced.

The proliferation of Irish studies in colleges and universities, and the growing interest in all aspects of Irish culture, have brought up a new generation with a sophisticated understanding of the many nuances of Irish.

From the 1916 uprising, to the Good Friday Agreement of 1998, to the current debate over the implementation of Brexit, Irish Americans have offered vital support to the achievement of a free and independent Irish state. .

What Mr Higgins might better miss is the classist snobbery that leads to stigmatizing as ignorant yahoos the 40 million people in this country who claim Irish ancestry.

His concern about the “private” nature of the communication that has come to light is akin to the bigotry practiced by elitists elsewhere who reserve their pejoratives for like-minded people, while cynically claiming to “cherish” those they despise.

Perhaps Mr. Higgins’ time would be better spent helping to educate his fellow travelers in his home country about the growing number of Irish-American writers and artists who offer a better understanding of the relationship often close and sometimes complex relationship between Ireland and its diaspora.

Unfortunately, Mr. Higgins is devoid of appreciation for the pride that Irish-Americans in all parts of the country take from 991 Fifth Avenue. Its position on the first urban thoroughfare in the United States is a living testimony to the struggle of immigrant women and men to provide opportunities for access to their children that have been denied to them.

The company’s central location allows it to serve as a focal point for the pan-racial, multi-cultural, cross-community pollination that is the essence of New York City.

The idea of ​​exile the company to a remote location in upstate New York to better carry out its mission is somewhere between the absurd and the laughable.

My colleagues and I have often felt like voices crying out in the desert in our call for a council that reflects our community.

We fought to open its books and make it the leading organization in examining and exploring Irish culture and history on both sides of the Atlantic.

To date, a complete catalog of primary sources and valuable manuscripts and volumes in the possession of the society has yet to be produced. We require an honest and thorough accounting by outside professionals of the location and condition of its extensive collection.

The time for cosmetic changes is long gone. The future demands meaningful top-down reform. It is admirable that Mr. Higgins has established an advisory board to help shape and define the company’s mission.

It is unclear who, if anyone, Mr. Higgins consulted to compile his list.

It would be more fruitful to consider the names of artists, scholars, writers, actors, political, labor and civic leaders who have actively supported societal reform and called for the sale to be stopped.

The unprecedented support we have gathered to promote good governance, protect the integrity of the society’s operations, and preserve its valuable collection is an important milestone in the society’s continued development and reach.

Mr. Higgins should also heed the wishes of the tens of thousands who have put their names to our call for AIHS to remain on Fifth Avenue with a reformed and accountable administration.

His blunt dismissal of the wishes of the community that society exists to promote is hurtful and insulting.

The position that Mr. Higgins currently holds requires an in-depth knowledge of the various constituencies that make up Irish America. Anyone in this position, him or her, needs a range of leadership skills as a fundraiser, organizer and motivator.

We know from experience that society has been poorly served by putting personal relationships and family ancestry ahead of professional competence. It is unfortunate, but true, that the condescension he has expressed towards Irish Americans and the stereotypes he has been trafficked in will make it extremely difficult for him to garner the support and trust of the community that he aspires to represent.

Society needs leadership that is ready to break with the past. Independent Counsel Rubber Stamp Facsimile Must Hang. A legitimate board that presents the Irish-American community with a viable and acceptable succession plan must be installed immediately.

Our founding mission that “the world may know” is more vital today than ever. With skilled and dedicated leadership, we can continue to deliver an unfiltered story that commemorates our struggles, confronts our faults, celebrates our culture, honors our heritage, and points the way to the future.

Nothing less can fulfill the proud 125-year mission of the American Irish Historical Society.

Family Business Divorce: When Litigation Is Your Only Recourse