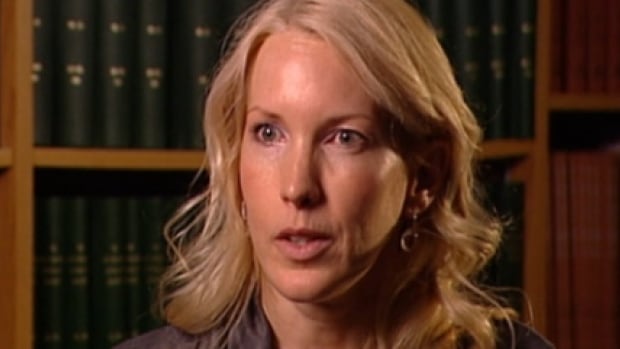 Dr. Anny Sauvageau became the province’s top medical examiner in mid-2011 and thought she would hold the position until her retirement. In September 2014, Sauvageau was notified that her contract would not be renewed in 2015.

Her statement in the wrongful dismissal lawsuit alleges that the Alberta government’s decision not to renew her contract “was in direct retaliation and retaliation” for issues she had raised about political interference in her office.

She seeks, among other remedies, $7.6 million in damages for loss of income and benefits.

The government’s 2018 defense says the decision not to renew her contract was made in the public interest and that Sauvageau was “either unwilling or unable to function properly as chief medical examiner” and that she did not ‘has not demonstrated the qualities of sound, rational decision-making and responsible leadership.

None of the allegations made by either side have been proven in court.

The Alberta government released more than 20,000 pages of documents to Sauvageau’s lawyer.

On Monday, some of those documents were filed as exhibits as the doctor spent a second day on the witness stand.

Sauvageau told the court that she knew when she took over as chief medical examiner from Dr Graeme Dowling that the office was in “disarray”.

“We knew there were problems, but we didn’t know the extent of them,” Sauvageau said. “I found out about these issues after becoming a chef.”

“I don’t know where those guns went”

Sauvageau said she was shocked to discover three departmental bank accounts that had not been disclosed to the government, so she demanded a debriefing.

The ensuing investigation revealed issues related to staff overtime costs. Sauvageau said an employee billed overtime when it was easy to prove he wasn’t even in the office.

She also noticed that although the Edmonton office was busier than the Calgary office, the Calgary death investigator was claiming more overtime.

Sauvageau said she was also concerned when it was reported to her that a staff member saw another staff member enter the medicine cabinet and self-medicate.

She discovered that the medication registry did not comply with the rules set out by the College of Physicians and Surgeons of Alberta, so she worked with the college to make the necessary changes.

Equally disturbing was the discovery that many of the firearms stored at the Edmonton office had been received, but then disappeared. She asked the Edmonton police to investigate. Officers found that some had been turned over to police, but proper records had not been kept and shotguns and handguns seized from death scenes could not be counted.

“The disappearance of firearms is not necessarily a trivial matter,” she said. “To this day, I don’t know where those guns went.”

Sauvageau was also determined to make dramatic changes to the body’s transportation system.

“Outside of Edmonton and Calgary, I became aware of problems, particularly overbilling,” testified Sauvageau.

She believed that under the law, a company hired to pick up a body from a death scene, transport it to their office for an autopsy, and then bring it back to the scene of death should receive a lump sum of $300.

“Some were very creative,” she said, telling the court that the most “creative” billing she saw was the billing of $300 nine times for transporting a body.

In the past, under Graeme Dowling, registry staff were told… to pay whatever funeral homes asked for– Dr. Anny Sauvageau

“In the past, under Graeme Dowling, records staff were told … to pay whatever funeral homes asked for,” she said.

Sauvageau was also concerned that no criminal record checks had been carried out before March 2014 on the people employed to transport the bodies, which created potential problems for the chain of custody and the preservation of evidence.

“We had things that disappeared or were missing that had to be reported to the police,” testified Sauvageau. “Once cocaine and $2,000 went missing from a body. Sometimes a wallet or money was missing.”

Sauvageau said his office also received complaints about the appearance of some body movers and the vehicles they used to transport the bodies. She recounted an incident reported to her by the RCMP of an unfit truck that hit the ditch a few miles from the crime scene.

“The driver waved to a lady and said there was a murder in my truck,” Sauvageau testified. “It spooked the lady who called the RCMP when she arrived in the next town.”

When Sauvageau helped develop a new system to regulate a fixed body transportation fee and establish prequalification guidelines, she said the Alberta Funeral Services Association rebelled and implicated the politicians.

The ensuing battle ultimately led to his contract not being renewed.

Sauvageau will be back on newsstands on Tuesday. The trial is expected to last eight weeks.