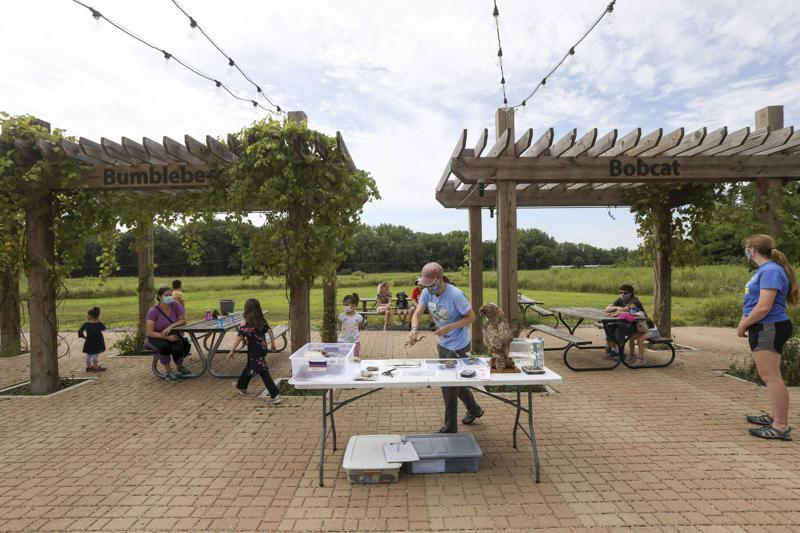 CEDAR RAPIDS — The City of Cedar Rapids is preparing to distribute revenue from an overnight hotel guest tax to local cultural, entertainment and recreation nonprofits, which will reinvigorate a source of funding that has not been offered since the start of the COVID -19 pandemic approximately two years ago.

Before the pandemic, organizations that received a share of the funds included the Cedar Rapids Museum of Art, Brucemore, Indian Creek Nature Center and the African American Museum of Iowa, among others.

When eligible nonprofits apply to receive a share of the city’s hotel and motel tax revenue, likely beginning in June, they should expect to face different rules than in previous application rounds.

The Finance and Administrative Services Committee of the Cedar Rapids City Council ironed out the changes with city staff. Changes are expected to be brought to the board for a vote in May.

The city continued with these changes after the revenue stream was hit in 2020, as COVID-19 disrupted travel and caused temporary hotel closures, creating fiscal uncertainty over how much the city would make from the city. one night guest tax.

Cedar Rapids met its obligations for fiscal year 2020, the fiscal year that ended June 30, 2020 — a few months after the pandemic began. At that time, the city-owned DoubleTree by Hilton, the largest contributor to Cedar Rapids’ hotel-motel revenue stream, was closed due to COVID-19, but was nearing reopening in July 2020. But the city has suspended payments since then.

The new rules would shorten the grant cycle from three to two years to account for surprise events or operational changes that may occur during that time, and would require organizations to clearly state the service they provide to the public.

Organizations must demonstrate that the grant will not exceed 10% of their annual operating revenue, and the board will not give more than $50,000 each, as tax revenue is not intended to fund a group’s day-to-day operations.

With that cap, “you’re focusing on the things that really help these organizations achieve their goals,” CFO Casey Drew said.

Additionally, the rules require groups to maintain information about their board of directors on their websites. They will need to send a letter to the city by January 1 of each year they receive a grant, verifying that this information is publicly available.

City officials will select a few websites from time to time to verify that organizations have posted their councils’ information, Drew said, and if they are not in compliance, Cedar Rapids will halt funding.

The city has budgeted approximately $3.2 million in hotel-motel tax revenue for the 2023 fiscal year, which begins July 1 and ends June 30, 2023. Hotel-motel requests only occur when revenues exceed the city’s commitments which are also supported by the funding stream.

These commitments include debt payment, the Cedar Rapids Visitor Center (the main driver of overnight guests), the ImOn Ice Arena and a contribution to the Prospect Meadows baseball complex near Marion as part of a 10-year agreement.

Council member Scott Olson, a member of the finance committee, said many nonprofits have been able to recover some of the funding lost during the pandemic. Organizations applied for grants and forgivable loans from the federal Paycheck Protection Program, while reorganizing operations to keep the money flowing.

“We’re not going to use all the money we have with this new rule,” Olson said, and he thought it might expand the pool of candidates the city is able to fund.

“I want to see new bands that might apply for funds that we’ve never seen before and don’t know about and see if they’re eligible, but I think the rule you have here is that they have to tie into showing how they put people in hotel rooms, and I think that will limit the number of people who show up,” Olson added.

Previously, the council was able to allocate more than $1 million a year to local nonprofits after paying the city’s pledges. Before the pandemic, the city had budgeted $3.8 million in hotel-motel tax revenue for fiscal year 2021 and fell short by $1 million, at $2.8 million.

The committee also discussed the status of grant applications for a program the city created using federal stimulus funds from the American Rescue Plan Act to award up to $750,000 to organizations in nonprofit that lost hotel-motel tax revenue when Cedar Rapids suspended payments. Four groups have received funds so far since allocations began in February – Brucemore ($50,000), Hawkeye Downs ($50,000), Cedar Rapids Freedom Festival ($28,514) and The History Center ($35,000). $).

With a June 30 deadline for groups to apply for the special fund, $586,486 remains. Eligible nonprofits in this pool must demonstrate loss of revenue, even after accounting for grants and other funds received during the pandemic. The city must also ensure that it distributes the funds in accordance with US Treasury regulations and reporting requirements.

Committee members were generally supportive of exploring other ways to reallocate the remaining money.

“I don’t want that money sitting there,” Olson said. “It could be put to other uses through our ARPA grants. I think you did your best and gave everyone the chance to be creative, but I think we have strict rules here and give them a little more time, but then transfer that money to d other projects.