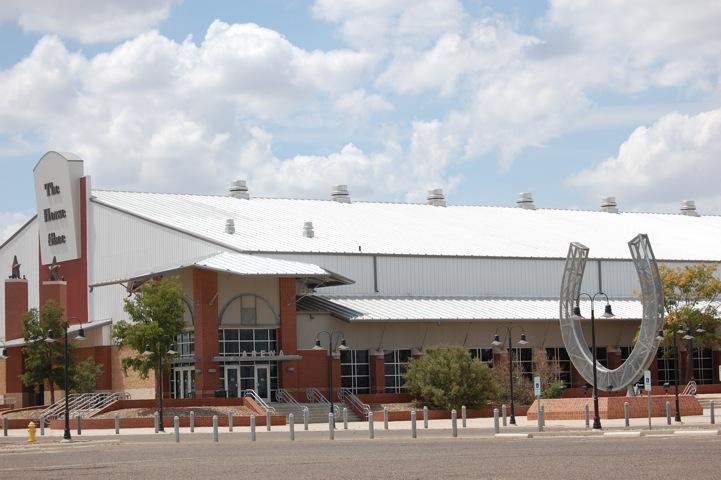 Does the Horseshoe roll in red or black?

“I had nothing to do with the auditor to change the numbers. She actually changed the numbers to make them appear in red.

That was Randy Prude’s comment to a packed house at the Midland County Club at the Midland County Republican Women’s Monthly Luncheon on Wednesday. Prude was talking about the expenses and revenues of Horseshoe operations, and he, at least a second time during his campaign for re-election, publicly stated his concerns with County Auditor Veronica Morales and the numbers she provided on the Horseshoe.


Immediately after the meeting, Prude denied saying Morales changed the numbers. However, less than two hours later, confronted with the citation of a recording of the meeting on the Midland County Republican Women’s Facebook page, Prude texted the Reporter-Telegram that read, “She didn’t changed the numbers. I was wrong in this statement. She changed the format leading to a very hypocritical result.

Several county officials told The Reporter-Telegram after the MCRW meeting that Prude was — and was — incorrect in his comments about and towards Morales.

Terry Johnson, county judge and county chief financial officer, came to Morales’ defense. He said he wanted to defend the county auditor. He described Prude’s behavior as “intimidating” and “harassing”.

Another county leader — who hasn’t been in the primaries this year and hasn’t been part of many Horseshoe conversations over the years — is County Attorney Russell Malm. He approached the Reporter-Telegram to comment on Morales’ behalf. He heard about the comments from MCRW and was copied on emails between Prude and Morales.

“I have worked closely with Midland County Auditor Veronica Morales for over 15 years,” Malm wrote. “All Midland County officials rely on Veronica because they trust her honesty, integrity and professionalism. People may argue about what the numbers mean, but any report Veronica prepares accurately and honestly reports the correct information.

In the email exchange between Morales and Prude, which were copied to members of the Court of Commissioners, a district judge, the county attorney and the Reporter-Telegram, Morales states, “I think that removing ( some horseshoe numbers) would be misleading to readers of the financial statements. These figures are in accordance with generally accepted accounting principles which require capital expenditures in government accounting to be included in government funds.

Prude’s response included, “You’ve already posted your version. It’s not up to you to tell me that I can’t have what I’m asking for.

Prude is running for re-election as Precinct 4 County Commissioner. His challengers for the Republican nomination are Dianne Anderson and Charles Hall. The Democratic Party won’t be fielding a candidate for its primary, so it looks like the winner of the GOP primary on March 1 will represent the precinct. Early voting begins Monday.

Enclosure 4 was a competitive race, and the Horseshoe – especially the annual ops – was a problem. In general, candidates for the Court of Commissioners seats this campaign season have been consistent that the Horseshoe is a community asset. There have been back and forths over the contract with the operator, but the only real debate over whether the South Midland mixed-use complex has operated in the ‘red’ or ‘black’ involves the candidates of enclosure 4, and Prude was defiant that the Horseshoe ran in the dark. He also spoke out about the impact of the facility, including repeatedly stating that the Walmart would not have been built as a South Side Hypermarket had the Commissioners not decided to build the Horseshoe. Arena – the first building built in the complex. The arena now hosts breeding contests and ropings, among other events.

“A little known fact that most Midlanders don’t know is that Walmart was in touch with Judge (Mike) Bradford waiting to see if we would pull the trigger on building the Horseshoe,” Prude wrote in an editorial. “Once they knew it was a hit, they decided to build their new Walmart on the southeast Midland site.”

So, does the Horseshoe complex, which includes the arena, pavilion, amphitheater and education building, operate in the dark?

Prude says this happened in six out of eight years from 2012 to 2019. He provided the Reporter-Telegram with the “horseshoe facility revenue tally,” which shows the following revenue earned during that time period. eight years old:

Figures provided to the Reporter-Telegram by Prude (the Horseshoe Establishment Revenue Statement), show that total revenue from 2012 to 2019 was $12.806 million and that 65% of that total came from hotel tax- motel billed to those who spend time in hotel rooms. across Midland. The statement shows that the hotel-motel tax collected during these years amounts to $8.337 million, including $1.61 million in 2018 and $1.398 million in 2019. The remaining 35% of revenue includes the share of the county in revenue from advertising, concessions and rental facilities.

Using the hotel-motel tax to balance the books is central to Prude’s argument that the Horseshoe is running in the dark.

Prude also takes issue with the capital expenditure listing as the reason the Horseshoe turns red or black in any given year. This was the point of contention in his email exchange with Morales from late January.

Morales: “Please find attached the Horseshoe Income Statement for your review. I have received several requests from you and the media for this information. I have included the construction cost of all major Horseshoe buildings at the bottom of the report. These construction costs are not included in the income statement. Please do not hesitate to contact me if you have any questions.”

Prude: “Please refer the Horseshoe report without capex included to this group for comparison.”

Morales: “What is Capex?”

Prude: “I still want the report.”

Morales: “I’ve provided you with the numbers you need. I cannot grant your request to remove expenses from this report. I think removing those numbers would be misleading to readers of the financial statement. These figures are in accordance with generally accepted accounting principles which require capital expenditures in government accounting to be included in government funds. I have added a note at the bottom of the statements which includes all of the small projects included in the Midland County Horseshoe crew room project that Commissioner (Luis) Sanchez was seeking clarification on.

Prude: “I want a profit/loss report that any CPA or accountant can provide. You have already published your version. It’s not up to you to tell me that I can’t have what I’m asking for. You already sent me an income statement 2 years ago that I need to update. »

Prude said the difference between the two statements provided to the Reporter-Telegram are the differences between an income statement and a consolidated statement. And the capital expenditure list seems to be that difference.