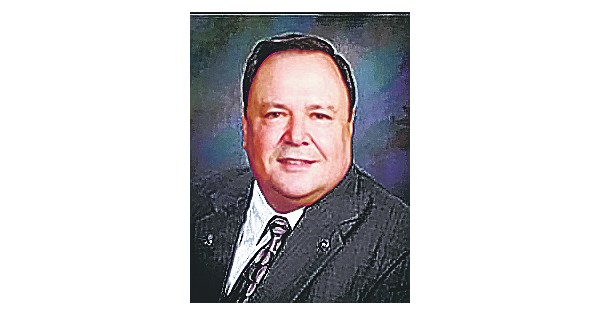 Former Rotary District Governor and Abbeville High School Sports Hall of Fame Founder Donald P. Chauvin died on October 14, 2021 at the age of 77 while surrounded of those close to him who will continue to honor his legacy of â€œService Above Selfâ€. In June 1964, Don married Janet Young, and they have been happily married for 57 years. They are the proud parents of 4 children, Todd Chauvin, Pamela Chauvin Trahan married to Marshall Trahan, Kimberly Chauvin Etie ‘married to Shawn Etie’, and Clayton Chauvin. He is the loving grandfather of 8 grandchildren, Zachary Chauvin, Jake Chauvin, Maddison Chauvin, Emiley Chauvin, Maggie Lackie married to Matt Lackie, Mallory Trahan, Morgan Trahan and Everett Etie ‘. He has 12 great-grandchildren. Don graduated from Abbeville High School in 1962 and continued his education at LSU, majoring in accounting. In 1970, Don joined his father in operating an H&R Block tax franchise in Abbeville. In 1985, he founded the family business known to everyone as FACTS-5. He has spent 51 years serving the community in accounting, income tax, IT and financial planning. In 2020, Don semi-retired. He worked mainly during tax season and spent the remainder of the calendar year doing his favorite hobbies of watching LSU and Saints football. He was instrumental in organizing the Abbeville Youth Football League (AYFL). Over time the league expanded from the original 4 teams in Abbeville and added 2 teams from Erath and 1 from Kaplan. This AYFL made 10, 11 and 12 year old boys fall in love with football. He was league president for many years. He was also chairman of the Abbeville Parks and Recreation Commission. In the mid-1970s, Don became active with the Abbeville High School Boosters Club and was eventually elected president of that organization. At that time, the Boosters were only active during football season, and it was mostly a “greet and eat” organization. Don knew there was a lot more they could do in athletics and set out to find additional opportunities for the Boosters to meet all of Abbeville High School’s athletic needs. encourage the young athletes of the school to excel, hoping that one day they too will be entered into the Hall of Fame. His entire adult life was devoted to various community service projects for which he is best known. He was a member of the Abbeville Lions Club, the Abbeville Chamber of Commerce, the Abbeville Historical Alliance, and was a member of the Abbeville Country Club Board of Directors. From 2005 to 2016, he had the honor of serving as governor of District 6200 of Rotary International. Don’s dedication to Rotary enabled him to serve the district and his club where he managed the distribution of two million dollars in contributions for Hurricane Katrina and Rita relief efforts. Throughout his service with Rotary, Don has truly embodied Rotary’s motto “Serve Before You”. Don is survived by his beloved wife, 4 children, 8 grandchildren, 12 great-grandchildren, 2 sisters Rose Williams, Mary Ann Stoutes and his cousin whom he considered more of a son, Tony Meaux.
He was predeceased by his parents Robert Sr. & Enola Chauvin, 2 brothers Robert Chauvin Jr. and Oscar Chauvin, sister Roberta Fox and lifelong best friend Cliffton Alleman. A celebration of Don’s life will be held on Tuesday, October 19, 2021 at the David Funeral Home in Abbeville, Louisiana from 8:00 a.m. to 2:00 p.m. with a tribute ceremony in his honor at 12:00 p.m. The Chauvin family would like to express their sincere appreciation for the exceptional care he received from Abbeville first responders and the outpouring of love and support from his friends and extended family during this difficult time. In lieu of flowers, the family is asking for donations to be made to The Rotary Foundation on myrotary.org in honor of Donald Chauvin.

Moving to DC? Here’s how the cost of living has changed over the past year