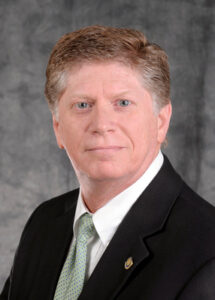 Kelly Shafer and Sarah Crouse made the presentation to the Fairmont State University Board of Governors this week.

“There was nothing to worry about about the financial stability of the University,” Shafer said. “One thing I would like to point out is that the University had a very strong net position at the end of fiscal 2021, especially an unrestricted net position.”

Shafer explained that an unrestricted net position that exceeds 10% of annual operating expenses is a benchmark to look at when assessing the overall strength of an institution’s financial condition.

“The University has greatly exceeded this benchmark in recent years,” Shafer added. “I think overall the financial position is solid and we have no concerns from an audit perspective.”

Beach held a press conference earlier this month and called for a state investigation and full forensic audit into Fairmont State’s split with Pierpont Community and Technical College.

“Fairmont State University received additional funding, the amount is approximately $3.8 million to $4 million per year for the separation to occur,” Beach said. “Well, we’d like to know where those extra dollars are going.”

Fairmont State University Chief Financial Officer Christa Kwiatkowski also provided updates from the Board of Governors Finance Committee in which unrestricted, auxiliary, and restricted budgets were reported as of December 31, 2021, and approved by the board.

During Kwiatkowski’s update, she also pointed to numbers presented at the state’s Higher Education Policy Commission board meeting on December 10, indicating that the index Fairmont’s statewide composite financial score is currently 5.07, earning it the highest CFI ranking among four-year colleges in the entire state of West Virginia.

WVHEPC also reported that Fairmont State had 270 days of cash as of June 30, 2021, also the highest among four-year colleges in the state. Kwiatkowski noted that the University ended fiscal 2021 with an unrestricted net position of $21 million, or $15 million more than 10% of its operating expenses, indicating a strong financial position.

The common current account in the objective of the tax authorities: let’s be clear