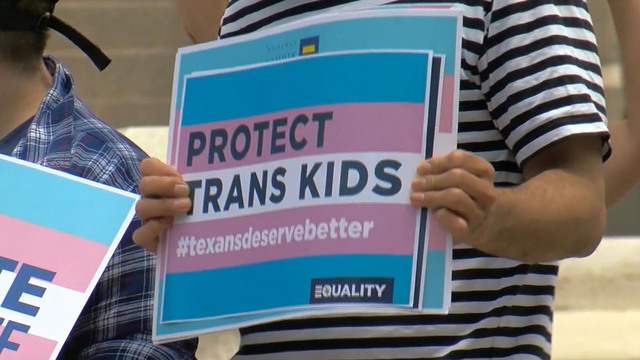 England against Catholicism: the art, theft and the fate of Mary, Queen of Scots

The execution of Mary, Queen of Scots, which took place in the hall of Fotheringhay Castle on February 8, 1587, was a bad deal. The queen, who had been convicted of plotting in prison to have her cousin Elizabeth I murdered, was beheaded, rather recklessly, with an ax. It took the hangman two swings and a little sawing to get rid of the head; when he had finished his butchery and tried to raise his price by the hair, Mary’s wig came off and his head fell to the floor. The queen’s servants, who had been allowed to watch her die, sobbed. His pet dog was going berserk. His death infuriated his son, James VI of Scotland, and Elizabeth, who had ordered him and tried to lay blame on those who issued the warrant. All in all, it was a tragic farce. But he made a secular martyrdom of Mary, whose miserable life and grotesque death combined to make her still the object of public fascination today. Last weekend, one of the two rosaries that Mary wore during her execution was stolen from Arundel Castle. It wasn’t the only room caught in the raid. Arundel is the ancestral home of the Howard Dukes of Norfolk and is full of art, plates, jewelry and historical artifacts, many of which are on display to the public. The estimated value of coins stolen from a single display case is around Â£ 1million. But of all that is missing, the Rosary of Mary is charged with a special resonance. She left the chain of gold beads to the Howards, then England’s main Catholic family, and her most important aristocratic allies. It has remained in the family collection since then. His loss is keenly felt, for, as a spokesperson for the castle administrators put it, the rosary has “little intrinsic value as a metal, but as a piece of the history of the Howard family and of the heritage of the nation, it is irreplaceable â€. It’s strange, isn’t it, how attached we are to artifacts once owned by the rich and famous? Mary, Queen of Scots, Catholic, died in the midst of the 16th century Reformation, which was supposed to sweep away from England the rites and superstitions of the old medieval faith. Among the ancient methods of abandonment was popular attachment to relics. Throughout the Middle Ages, small trinkets that would have been linked to saints were collected, traded and treasured. Some of them had magnificent lineage: Henry III substantially rebuilt Westminster Abbey in the 13th century to house a vial of Christ’s blood; Chaucer’s Pilgrims in The Canterbury Tales were on their way because they had gone to visit the shrine containing the remains of St Thomas Becket at Canterbury Cathedral. Others were mean and humble: Chaucer’s Pardoner jokes about selling pork bones to gullible punters who want to believe they are pieces of long-dead saints. Thanks to the Reformation, most Britons today would pay no more attention to a shriveled saint’s finger than they would to a KitKat. Yet when it comes to relics of monarchs and celebrities, we’re still inclined to say hello. Witness, for example, the excitement generated last week by another (supposed) scaffolding artifact: Anne Boleyn’s prayer book, currently on display at Hever Castle. A brilliant young scholar named Kate McCaffrey identified the names of Boleyn’s associates that had been written in the book’s margins over the years, suggesting that it had been passed around the Queen’s circle after she was beheaded in 1536. This does not prove that the book was in Anne’s hands when she died. But the smell it might be enough to make the pulse beat. It is not about the story as a rational enterprise, but as an emotional quest in which empathy is as valuable as inference. And that’s not a review. Because I think it’s best to admit that our heart, not just our head, prompts us to study the past. All the evidence suggests that this is so. Take, for example, sports memorabilia. Twenty years ago one of PelÃ©’s football shirts from the 1970s was auctioned in London for Â£ 150,000. Last year, a pair of Nike Air Jordan 1, sneakers worn and signed by the great basketball player during his pomp in 1985, sold at auction for $ 560,000. The story is no different. There is something deeply compelling about knowing (or just believing) that an article has a source chain to an important person or event. I remember a few years ago when a rather odd collector of Nazi memorabilia handed me a small statuette and smirked at me that it was Heinrich Himmler’s paperweight. I was also physically revolted by this stupid piece of metal that I could have been delighted if he had passed me the rosary of poor Mary, the Queen of Scots, now missing. Does it make sense? No. But human beings are not logical creatures. I hope the Howard’s get their pearls back, and soon.

Singing in front of a surprisingly interesting company seminar