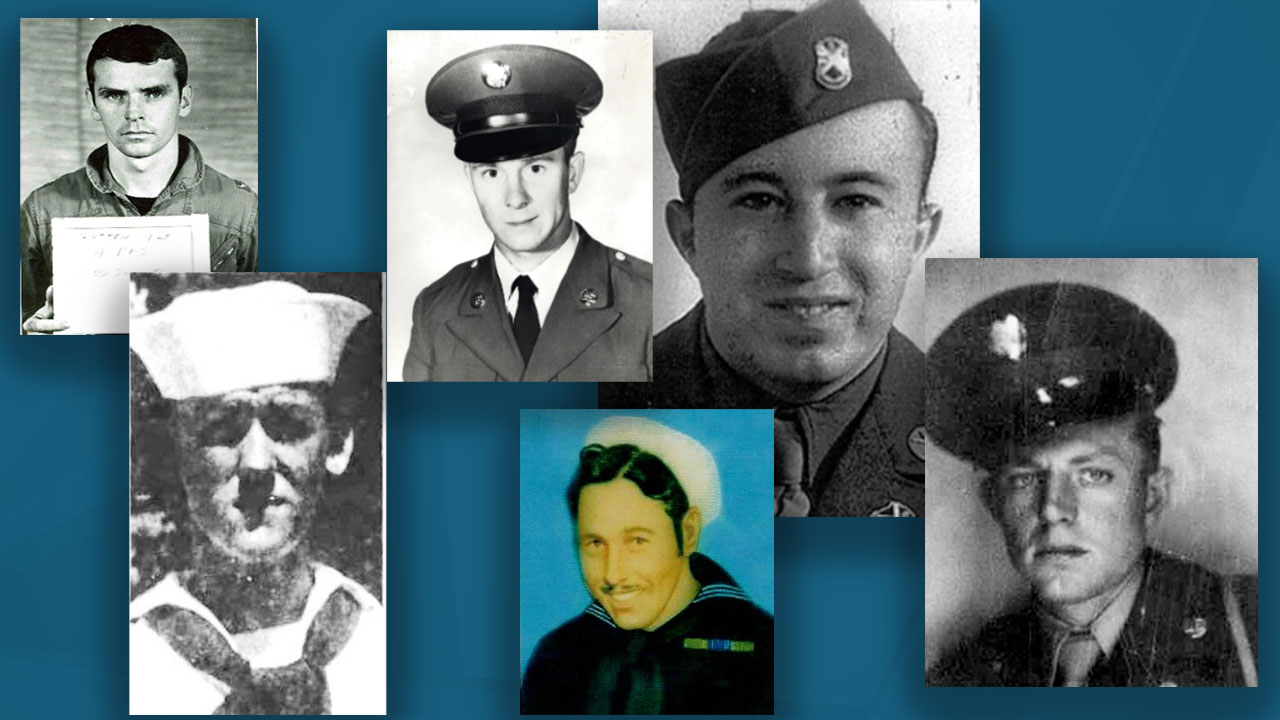 NASHVILLE, Tenn. (WKRN) – They are gone, but they are not forgotten. The third Friday of each September is designated as National Prisoner of War/MIA Appreciation Day. The remains of nearly 82,000 Americans remain missing, the vast majority from World War II.

The accounting agency Defense POW/MIA lists 1,399 Tennesseans as still missing in conflicts involving World War II and the Korean and Vietnam Wars. The agency’s website lists 60 service members whose remains have been identified.

Family of American say he was freed by Taliban in exchange

The missing come from cities large and small. They include Donald Dycus of Davidson County and JP Anderson of Centerville, both crew members aboard the USS Indianapolis, a cruiser sunk by a Japanese submarine in shark-infested waters in 1945.

Hershel Tate of Grundy County and James Harold Lynch both served in the military during the Korean War. Both were taken prisoner in separate battles and both died in captivity. According to the website of the accounting agency POW/MIA, no soldiers’ remains have been repatriated or identified.

Joe Lynn Delong and Larry William Cotten, of McMinnville and Nashville respectively, disappeared during the Vietnam War. Delong was taken prisoner after a shootout in 1967, and it is believed he was killed as he tried to escape. Cotten disappeared after his F-4 Phantom was shot down while on a mission over Laos in 1970.

In most cases, every missing service member has been pronounced dead, but the search for their remains and efforts to use forensic tools to make a positive identification remain alive.

You can still search for US military personnel listed as unaccounted for on this site.