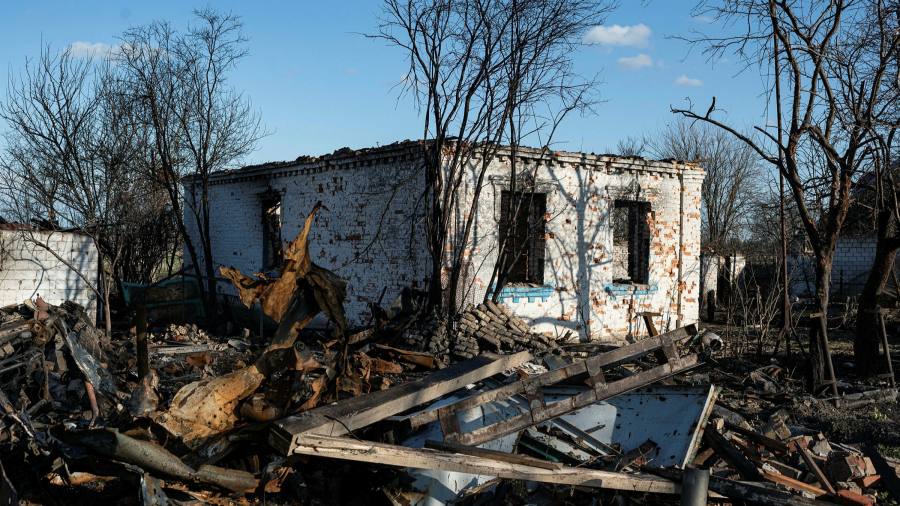 The IMF has opened an account to channel donor funds to Ukraine, as nations opposed to the Russian invasion seek to exert more pressure on Moscow.

The account, which was approved by the lender’s board on Friday evening, will receive grants and loans “aimed at helping Ukraine meet its balance of payments and fiscal needs and stabilize its economy.” , the IMF said in a statement.

The aid, which will be disbursed directly to Ukraine’s account in the fund, can be denominated in reserve currencies or special drawing rights, a form of reserve asset that is in effect newly minted currency.

“Donors will benefit from the IMF’s tested infrastructure to deliver authenticated payments quickly,” the fund added.

The Government of Canada proposed that up to $795 million be allocated to the account as part of its latest federal budget, the fund said, an amount that can be used by any other member as well as intergovernmental organizations seeking to “use it as a vehicle”. provide financial assistance” to Ukraine.

The IMF said last month it was working with bilateral donors who had asked it to set up an instrument through which they could channel resources to support Ukraine, in the form of grants and loans.

“Ukraine is desperate for cash,” said Timothy Ash, senior sovereign strategist at BlueBay Asset Management. “Tax revenues have collapsed because of the war. They have a huge funding hole and the West really needs to step in to fill it or they will be forced to go back to [National Bank of Ukraine] financing, which will obviously be inflationary and put pressure on the hryvnia.

In early March, the IMF approved a $1.4 billion emergency loan to Ukraine under its Rapid Financing Instrument, which has already been disbursed.

Ukraine’s finance ministry said this week that in addition to the $1.4 billion loan from the IMF, it had received a €1.2 billion loan from the EU, half of which had been disbursed, and a $3 billion support package from the World Bank. , of which $350 million had been disbursed. The World Bank has mobilized an additional $575 million from member countries in the form of grants and loan guarantees.

The European Bank for Reconstruction and Development last month announced a €2 billion “resilience package” for Ukraine, and the European Investment Bank has provided aid worth €639 million. France, Italy and Canada provided additional aid of approximately $940 million.

Last month, the US Congress approved $13.6 billion in military and humanitarian aid for Ukraine.

There have been repeated calls for rich countries to use their IMF reserve assets to support Ukraine, whose IMF made a $650 billion allocation last August as part of its response to the coronavirus pandemic. coronavirus.

SDRs are allocated to the 190 member countries of the IMF roughly according to their share in the global economy. Countries in the G7 group of the world’s richest economies received about $290 billion. Ukraine received $2.65 billion.

G7 members have pledged to channel $100 billion of their SDRs to countries most in need, though only about $60 billion was committed by 13 countries in loans when Russia launched his last attack in February.