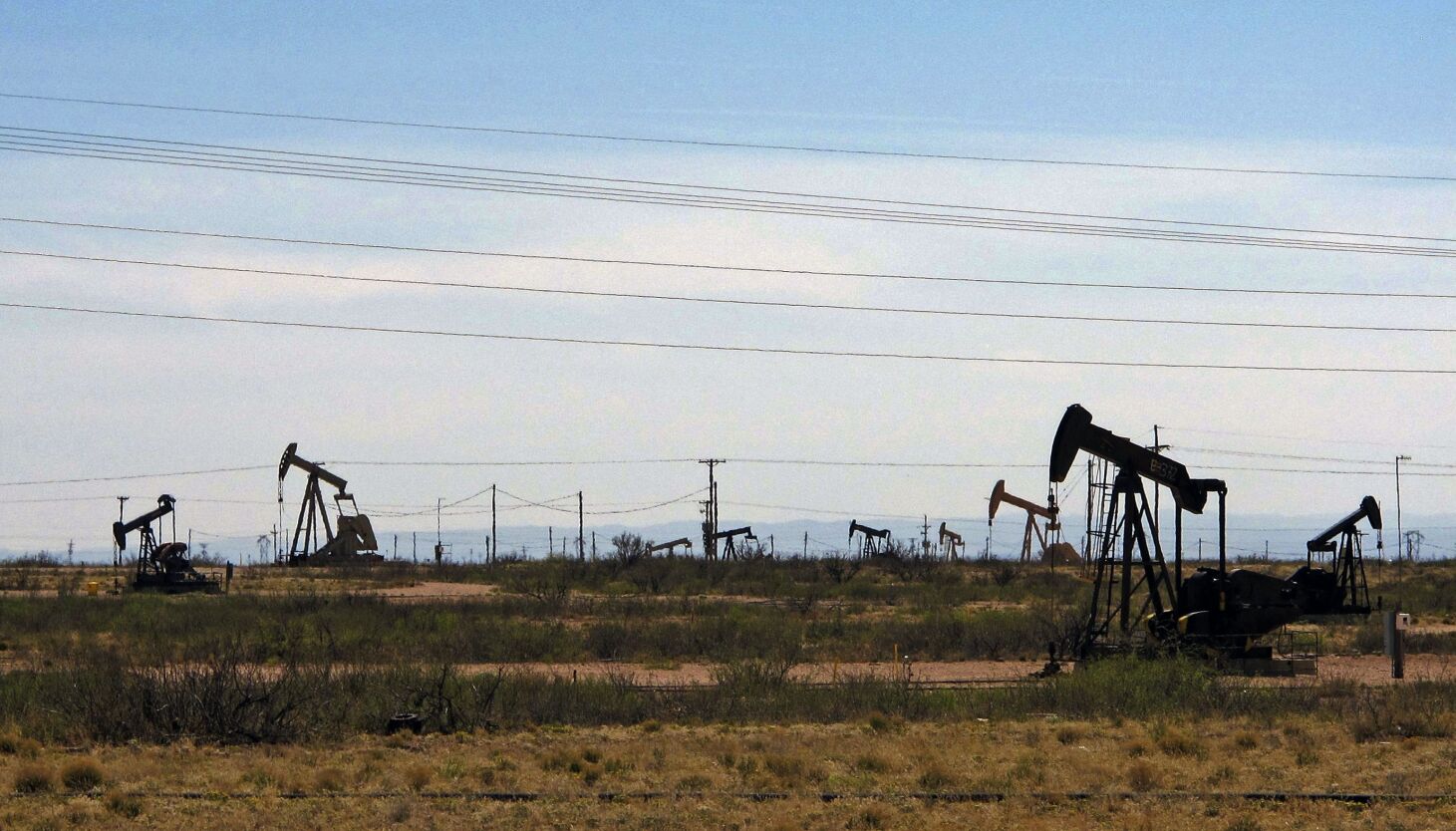 This means that teachers’ salaries are on the rise. Residents of New Mexico can attend a university in the state tuition-free. Mothers receive medical care for a year after giving birth. And criminal justice initiatives are being funded that aim to reduce urban violence.

But having oil cash, as New Mexico and other oil-producing states have, also underscores how difficult it can be to turn talk of fighting climate change into action.

State governments in the nation’s top regions for oil, natural gas and coal production have by far the highest per capita reliance on fossil fuels – led by Wyoming, North Dakota, Alaska and New -Mexico, which is the second largest producer of crude oil among all states and the largest recipient of US disbursements for fossil fuel production on federal lands.

None of this would be possible without oil revenue, according to Superintendent of Schools Gerry Washburn.

“We can’t slow down on this and what we’re doing to fund schools until we have a legitimate replacement” for oil and natural gas revenue, Washburn said. “Whether you’re in the middle of the oil patch or in an area with no oil and gas drilling, these policies will impact the revenue of every school district in the state.”

Federal, state and local governments receive about $138 billion a year from the fossil fuel industry, according to a study by Resources for the Future, a nonpartisan Washington-based economics group that takes no position on energy policy. This amount is equal to the annual spending of New York State and Texas combined.

In every state, cash flow for the government is dominated by gasoline and diesel taxes. But energy-producing states are most dependent on fossil fuel revenues through a range of taxes, royalties, lease sales and fees.

Because that revenue helps pay for government services, those states tend to tax residents less, according to Daniel Raimi, a fellow at Resources for the Future and co-author of the study.

“It’s a really tough dynamic if you’re thinking about moving away from fossil fuels,” Raimi said. “They are going to be faced with the question: are we going to increase our taxes on our residents, or do we have to reduce the level of services we provide?”

In New Mexico, oil and gas accounts for 42% of state government revenue, a share that is rising amid war in Ukraine and record oil production in the Permian Basin that stretches across the southeastern New Mexico and western Texas. Additional oil revenues are paid into a new interest-bearing trust for early childhood education.

Soaring fossil fuel industry profits have also given the Democratic-controlled New Mexico Legislature a chance to try to tackle the nation’s highest unemployment rate and the persistence of unemployment. high poverty. Lawmakers granted $1.1 billion in tax breaks and direct payments of up to $1,500 per household in a bid to offset inflation.

At the same time, lawmakers have balked this year over climate initiatives that could curb oil production. They rejected a bill to limit pollution linked to global warming in the production and distribution of transportation fuels, a step that West Coast states have taken. New Mexico also avoided a state constitutional amendment for the right to clean air.

Gov. Michelle Lujan Grisham, a Democrat up for reelection in November, said her administration was working to contain oilfield methane pollution and diversify the economy. New mandates provide for the production of electricity from solar, wind and other renewable sources. But she warned the federal government against deep restrictions on oil exploration and production, which are still a cornerstone of New Mexico’s state budget.

Preserving revenue from oil, natural gas or coal production while acting on climate change can be especially tricky in blue states where Democrats often campaign to fight global warming.

But Polis, a technology entrepreneur, threatened last year to veto a proposal that could impose a per tonne emissions fee on polluters. William Toor, executive director of the governor’s Colorado Energy Office, said the state is not targeting fossil fuel production, only emissions from industry.

On the plains of northeastern Colorado, Weld County Commission Chairman Scott James said state regulations are stifling new drilling needed to support production and government revenues, especially for the schools. The county is centered on a vast oil field stretching from the Denver area to Wyoming and Nebraska.

“I agree with the overall mission to reduce greenhouse gases,” James said. “But there is an environment that exists in the State Legislature where we have to electrify everything, we have to mandate it, we have to do it now. And these technologies are not yet ready for prime time. We just don’t have the capacity to do that.

Some major oil-producing states are moving forward with their climate programs.

Democratic Gov. Tom Wolf’s move came without the approval of the Republican-controlled legislature in what is the nation’s second-largest state for natural gas production and a major exporter of gas-generated electricity. A per-well drilling royalty on the booming Marcellus shale gas industry has rained cash on rural counties and municipalities for nearly a decade.

South of Pittsburgh, Washington County has raised more than $100 million over the past decade. That equates to $500 per capita, which is “a game-changer,” said county council chairwoman Diana Irey Vaughan.

Democratic State Rep. Greg Vitali, an advocate for stronger action on climate change, said local governments that depend on gas drilling money will have to use traditional tools like property taxes to s ‘get out.

Republican-dominated Wyoming, the top coal-producing state, has bold goals to cut greenhouse gas emissions to below zero, even though fossil fuels make up more than half of its revenue.

This vision hinges on eventually capturing carbon dioxide from coal and gas-fired power plants and pumping it underground, possibly to increase oil production in fields in the center of the state. Wyoming government leaders are also turning to alternative fuels like hydrogen and nuclear power, using reactors that produce less waste.

Celebrating Pride: The Importance of Representation and Community | Information…

I pay 1% to my advisor, but “the only communications I receive are invoices”. So I…

CBDT warns against liability for interest for late prepayment of tax