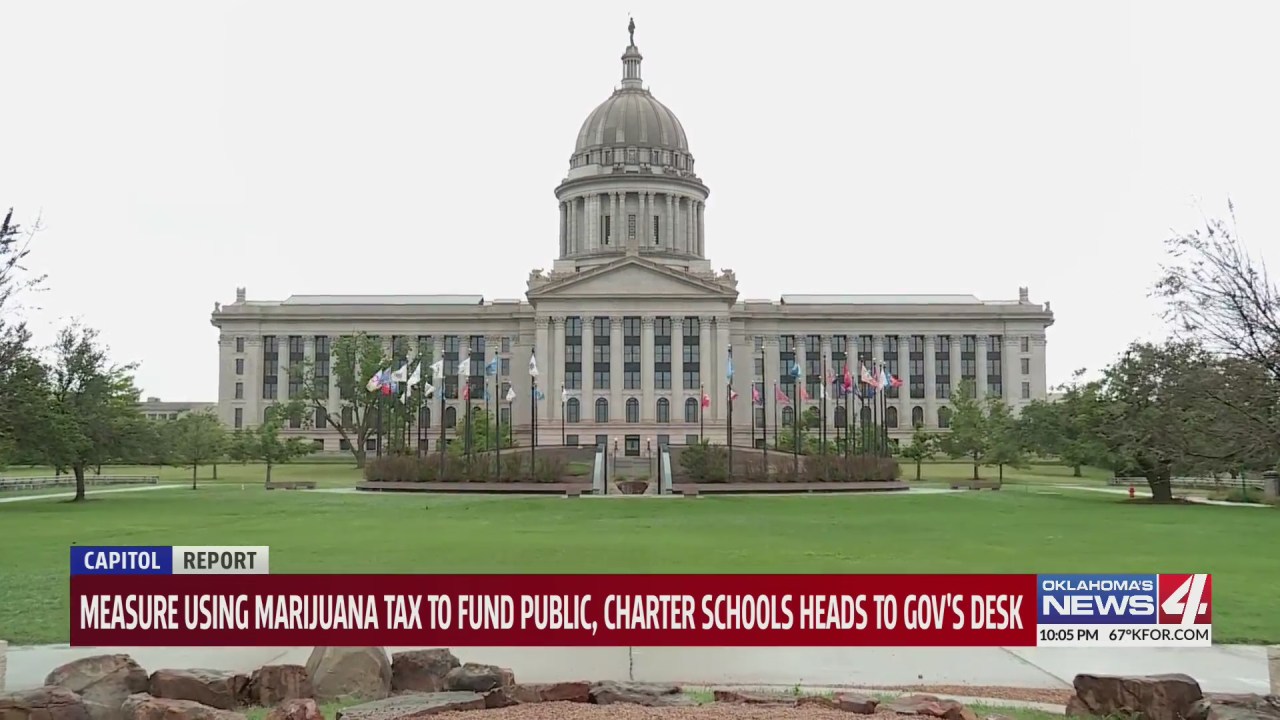 OKLAHOMA CITY (KFOR) – The Oklahoma legislature on Monday passed a resolution that is supposed to equalize funding for public charter schools as well as traditional districts in the state amid ongoing lawsuits.

â€œI think this is a very positive change for over 320 districts,â€ said Chris Brewster, president of the Oklahoma Public Charter Schools Association. “I think this is a fantastic decision for about 53 to 58 percent of children in the state of Oklahoma.”

â€œWe are pleased that the legislature and the State Department of Education have found a solution that helps all students,â€ said Alicia Priest, president of the Oklahoma Education Association.

Here’s how it will work: The Redbud School Funding Act will use part of the medical marijuana taxes and the public school building equalization fund. These will provide â€œper capitaâ€ building funds to public charter schools as well as traditional districts that do not receive sufficient funding, bringing them down to the state average.

Priest said this year he will pay around $ 35 million and likely affect around 300 traditional districts.

â€œThe Oklahoma Education Association is happy that this will solve a problem and allow people to focus on raising children,â€ she said.

It is finally peace, as the bill is passed in the House and the Senate. The move is also likely to end the fight for funding, as all indications point to it being signed by Gov. Kevin Stitt.

The Oklahoma Public Charters Schools Association has filed a lawsuit against the Oklahoma State Board of Education for almost four years. They claim that they are seriously underfunded.

Fast forward to the end of March 2021. The board narrowly passed a resolution to give them more money. However, this has created more problems, as charter schools cannot get a bond like other public schools can.

â€œIt was against the law,â€ Priest said.

Now everyone is happy. All said they hoped it was a step forward for Oklahoma’s public education.

The State Department of Education has yet to establish rules on how it will be distributed. The State Council overturned its original resolution to settle the lawsuit, except that the Public Charter Schools Association will cancel its initial lawsuit.

Oklahoma City Public Schools also released their own statement after the bill was passed.

â€œI am deeply grateful to the lawmakers in our states who have come together to craft this long-awaited bipartisan solution on behalf of thousands of Oklahoma students. HB229 brings with it a new stream of dedicated funding that will help address many of the educational inequalities that have existed in our great state for generations. All of our kids deserve the best of us, and today we did it right, Oklahoma.

Dr. Sean McDaniel, Superintendent of Schools of the OKCPS

â€œThis is a victory for thousands of Oklahoma school children who are educated in public charter schools and over 300 traditional school districts. The state is making dedicated funding available for our students and their schools with the passage of SB 229, which is a long overdue measure to equalize construction funds. This bill also marks a critical step towards ending legal proceedings currently involving school districts, the Oklahoma Public Charter Schools Association and the State Board of Education. The next move to that end will come with tonight’s special meeting of the State Board of Education, where board members will consider overturning the March 25 vote to settle the 2017 charter school funding lawsuit.

Joy Hofmeister, Supt. From the state of Oklahoma

Bill officials say the measure addresses concerns made public in a recent multi-county grand jury report. The bill will require education management organizations, which are hired by some charters to oversee certain school expenses, to provide financial documentation to the State Department of Education, charter sponsors or the committee. the charter for monitoring in the event of a discrepancy. Currently, this is not mandatory.

The measure will also make public all â€œlearning fundsâ€ designated by charter schools. The legislation specifies that organizations cannot mix funds from more than one school. They must also report actual costs into the State Department of Education’s cost accounting system. It also requires specific training and continuing education for members of any charter committees contracting with organizations and imposes spending limits on them.

ATO announces the return of the tax, Super + You contest