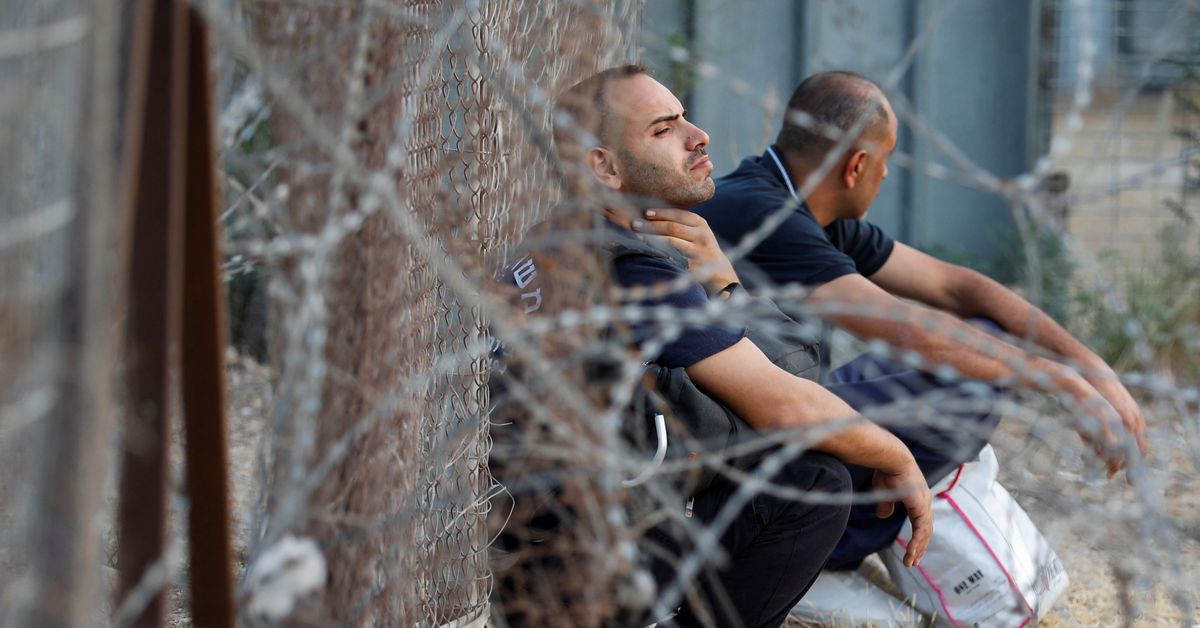 TULKARM, West Bank, Aug 21 (Reuters) – Tens of thousands of Palestinians employed in Israel staged an all-day strike on Sunday to protest the decision to pay their wages into bank accounts instead of cash.

The new method of payment was agreed between Palestinian and Israeli authorities seeking a more efficient and safer way to pay wages, but workers fear hidden fees and new taxes could reduce their salaries.

About 200,000 Palestinians travel to Israel or Jewish settlements every day to work, earning on average more than twice as much as those employed by Palestinian state agencies and businesses.

Most workers don’t have bank accounts and putting their salaries on the books would create a new source of revenue for the financially-struggling Palestinian Authority (PA), while bringing a windfall in service charges for Palestinian banks.

Under the deal, wages will be paid weekly with bank charges set at $1 per transfer, according to a number of workers who spoke to Reuters.

Palestinian Labor Minister Nasri Abu Jeish said the new arrangement was aimed at protecting workers’ rights and there were no plans to impose new taxes.

An Israeli Defense Ministry official said the measure would allow for a period of adjustment until it comes into full effect on January 1. reduce black money.”

The PA, which has limited autonomy in the Israeli-occupied West Bank, is responsible for around 150,000 public sector jobs in the West Bank and Gaza Strip. Its budget was $330 million for 2021 and it relies heavily on foreign donors.

Mohammad Khaseeb, 43, who works at an aluminum factory in Israel, said he and thousands of others were protesting a decision he said was made without considering the views of workers.

“They decided without consulting the workers’ union. Either a worker accepts or they lose their work permit,” Khaseeb said.

Bassim Al-Waheidi, a 55-year-old construction worker, said that beyond the loss of money due to bank charges and taxes, there were concerns about other deductions made.

“We refuse to have our salaries transferred to Palestinian Authority banks because we are afraid of the future and there is a crisis of confidence,” Waheidi said.

Workers’ representatives said that if the decision was not overturned, they would step up their protest and could declare an indefinite strike.

Senior correspondent with nearly 25 years of experience covering the Palestinian-Israeli conflict, including several wars and the signing of the first historic peace agreement between the two sides.

Teleflex (TFX) acquires Standard Bariatrics for up to $300 million