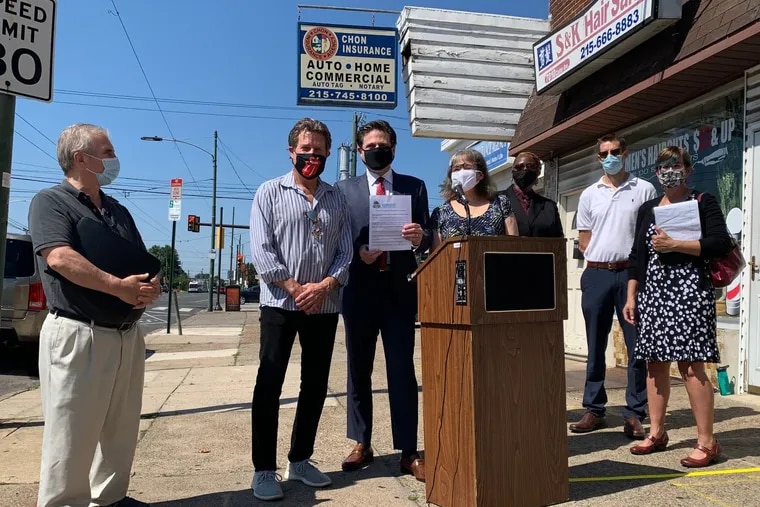 Anthony Krupincza, who owns five rental units in North and West Philadelphia, typically pays his tenants’ water bills. But now that some of his property tax bills will nearly triple due to new city assessments, he tells new tenants they have to pay. And it raises rents for tenants who move in or renew.

“I have to explain to them that it’s not like I’m making more money. It’s not like the extra money is going into my pocket,” he said. “The difference is paying the tax bill. And if you really do the numbers, it doesn’t entirely pay the tax bill.

It’s too early to tell how much rents across the city may rise following the city’s first land reassessment in three years, which increased Philadelphia’s total property value by 31%. Tax invoices based on the new values ​​will be mailed in December and are expected on March 31.

But landlords who operate rental properties are not eligible for city tax relief programs that have been adjusted to lessen the impact of the reassessment. They will therefore most likely pass at least some of the additional costs in taxes – on top of the operating costs that inflation has driven up – onto new tenants and old tenants, who have already faced rent growth historically. high.

That’s why City Council member Kenyatta Johnson said his ‘Save Our Homes’ tax relief plan included $15 million in rent assistance in the fiscal year 2023 budget ‘to support people who will be significantly affected by the increase in their rents” due to the increase in tax assessments. Black and Latino neighborhoods are facing the biggest increases in their tax bills due to the new assessments.

“We wanted to make sure that not only landlords were protected, but also tenants,” Johnson said.

The money from the rent relief will go to tenants and landlords as part of the city’s eviction diversion program, according to city officials. Rental property owners seeking to evict a tenant for non-payment of rent must participate in the program before filing an eviction claim in court.

After the city released its property reassessments in May, Kadeem Morris, a housing attorney for Community Legal Services, said the pass-through of costs to tenants was inevitable and he encouraged low-income tenants to working with their landlords to appeal, in hopes of preserving affordability.

“Owners don’t have to pay that price,” Morris said, “but healthy relationships go a long way.”

Greg Wertman, president of Hapco Philadelphia, the city’s largest rental property owners association, said as soon as news of the new property assessments broke, he heard from concerned members. The members of the association consist mainly of small landlords who own a few rental units. Philadelphia relies on these rental property owners to provide housing for low- and moderate-income households.

This housing subset, Wertman said, “is where it’s really going to hurt. Their tenants have run out of money. They are at their wits end right now, trying to make ends meet. This is where the owner now finds himself in a bad position.

He said the city should provide tax breaks for small property owners. Rental property owners who are unable or unwilling to pass on rising costs to low-income tenants can start renting to tenants at market rates or sell their properties and exit the business, he said. declared. Hapco Philadelphia once had more than 2,000 members but lost about 700 during the pandemic, Wertman said.

Renters of market-priced housing who can afford to pay more “are going to be hit with some pretty big increases, I’m sure,” Wertman said.

He said that when he owned a rental property, he explained rent increases to tenants with detailed lists of his taxes and costs.

“I think that’s the best way to go,” he said. “To share this with your tenants and not increase [rent] to the point where you will force them to leave.