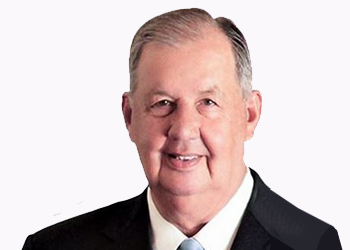 Judge Richard F. Cortez took office as a Hidalgo County Judge on January 2, 2019. He is a retired CPA and Certified Valuation Analyst (CPA/CVA).

After earning his CPA license in 1973, Judge Cortez became associated with fellow accountants and continued to practice public accounting. In 1984, he began providing consulting services assisting parties in litigation and determining economic damages. He has been involved in hundreds of cases in federal, state and bankruptcy courts. Judge Cortez has been appointed as a receiver, special auditor, accountant, and business valuator by various state district courts.

Justice Cortez has devoted considerable time to advancing the accounting profession. He has chaired as President of the Rio Grande Valley Local Chapter of the Texas Society of CPAs and has performed business valuations for numerous industries and businesses of all sizes. Additionally, Judge Cortez taught a graduate course in forensic accounting at the University of Texas-Pam American.

Elected as the eighteenth mayor of the town of McAllen, Judge Cortez began his revitalization of the progressive town. He was successfully re-elected for a second four-year term in May 2009. Since becoming Mayor, the City has continued to build significant assets and accumulate substantial economic reserves. A $53 million convention center was built without external funding. A new international bridge was built and McAllen Miller International Airport was expanded. An Arts District and an Entertainment District were created and a Historic Preservation Ordinance was enacted. The city has adopted the environmentally friendly technology of “Going Green” and many city parks have been built or improved. A youth advisory council has been formed and various programs for young people and the elderly have been set up. The city’s fund balance exceeded $225 million and the tax rate did not increase during his tenure as mayor.

Judge Cortez opted out of running for re-election at the end of his second four-year term, but returned to the political scene in 2015 as Commissioner of McAllen City District 1. He continued in that position. until he pulls his seat back to introduce himself. for the Hidalgo County Judge.

I was honored to have received so many recognitions for my work in my community. I will continue to serve in any way I can to continue making a difference in the lives of others. Thank you all!