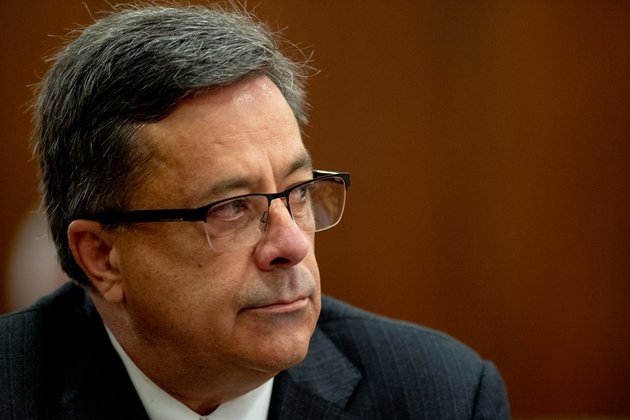 The country’s professional accountants body slapped Jooste on four counts of dishonesty, being “unworthy” of being a member of SAICA and discrediting the accounting profession, among others.

SAICA said Jooste had 21 days to respond to his charges.

“Once its response to the accusations is received, the SAICA secretariat will review the response and file the matter for decision before the Ethics Committee,” the organization said in a statement.

While Jooste resigned from Steinhoff in December 2017, admitting to “making big mistakes” in a personalized letter, it took more than three years for authorities to get him to book. German prosecutors indicted him in March.

SAICA suspended Jooste’s membership in July 2019 after offering to resign from the professional body. By that time, SAICA had already initiated disciplinary proceedings against Jooste following the publication of the forensic investigation report on Steinhoff in March 2019. But he has only now charged him.

As the charges against Jooste continue, there have been increasing calls and questions from the public, as well as civil society bodies, regarding the length of the process. While criminal prosecutions are the purview of the National Prosecuting Authority, SAICA’s accusations add to a series of recent events that have not gone in Jooste’s favor.

SAICA said that after “a long period of investigation” it has now made misconduct charges. He accused Jooste of behaving in a manner that the SAICA disciplinary committee considers “discreditable, dishonorable, dishonest, improper or unworthy”. She added that such conduct was “derogatory” to the Institute and discredited the profession.

Breaking down the four charges, SAICA noted that Jooste had violated a number of its statutes, including those relating to integrity and objectivity.

SAICA said Jooste was aware of the non-compliance or alleged non-compliance with the Financial Markets Act and the Companies Act and yet did not respond or report it. Instead, he used inside information to deliberately discourage some people from investing in Steinhoff.

Further, he knew that Steinhoff was facing closer scrutiny from his external auditors over accounting irregularities when he contacted horse racing company Mayfair Speculators when it requested further advances from Investec.

“As Executive Director of Mayfair Speculators, he approved the distribution of the cash dividend to Mayfair Holdings despite being aware that the Steinhoff share price was likely to be significantly affected by matters to his knowledge.” , added SAICA.

The institute said it also accused him of making material misrepresentations to Steinhoff’s audit committee and to Parliament regarding the allegations of accounting irregularities in the company’s annual financial statements.

Finance managers depend on business intelligence to drive change