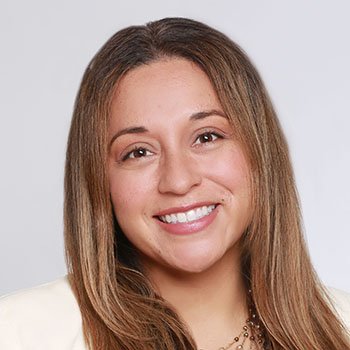 SSJID continues its work for a lower cost power supply

A lengthy legal process has turned the South San Joaquin Irrigation District’s offer to provide reliable electricity at 15% below what PG&E charges to residents, farms, businesses and schools in Manteca communities, Ripon and Escalon in a 10-year odyssey.

Until the legal issues are resolved, the district is preparing for the contingency of its effort to purchase the PG&E retail system serving those within the SSJID boundary.

Their efforts to assign a value to PG&E’s assets, as required by the California sentencing process that continues to play out in the legal system, gave SSJID a good accounting of the system’s shortcomings, including aging poles and other equipment, so the for-profit utility has not replaced.

Detailed analyzes of the local PG&E system factored into not only the purchase offer, but also the money SSJID would have to spend to increase system reliability if it gets the system.

This cost of necessary upgrades – as well as establishing a separation of the PG&E interconnection with the transmission system and setting up the workforce – have all been taken into account in exhaustive studies. which show that it is possible to provide more reliable power at lower prices.

Another is the fact that they are in the community they serve and not in a remote corporate suite in San Francisco. This, in turn, makes them more responsive and accessible to customers.

SSJID Managing Director Peter Rietkerk made this point in a recent presentation. Rietkerk noted that he was “standing in a room” in front of some of the people he would be responsible for providing reliable power when he addressed Manteca Rotary last week.

Rietkerk added that SSJID leadership, elected council and the men and women who work for the nonprofit irrigation district live in the community and are invested in its success and well-being. And that would be without the need for PG&E to maintain a profit margin of at least 11% to satisfy Wall Street hedge funds.

Questions about what the SSJID would do about the aging local components of the PG&E which one audience member described as utility poles in front of his house being so old “the woodpeckers avoid them” were raised during the presentation featuring Katie Patterson as District Public/Government Relations. director.

Patterson, who started in November, is responsible for helping continue communication with the public through the district’s “Powered by Purpose” campaign as the process of entering retail service moves forward. which she described as “ice speed”.

His job also includes working with various government agencies at the local, county, state, and federal levels to protect and promote local interests. power among other concerns.

Patterson is a Ripon resident with an agricultural business degree from Fresno State. She worked for the American Farm Land Trust, the San Joaquin County Agricultural Bureau, and for five years with the San Joaquin County government. Patterson has experience dealing with state agencies and the legislature. She also learned about water issues while working for the Farm Bureau and the county.

Rietkerk noted that the SSJID would continue its practice of making agreements with neighboring agencies to ensure adequate manpower when additional help is needed.

The Modesto Irrigation District, for example, stepped up when the Tri-Dam Project – the series of dams and powerhouses on the Stanislaus SSJID River works with the Oakdale Irrigation District – ran into trouble. with its energy transmission system.

On the other hand, SSJID was among those helping the Paradise Irrigation District get its system back up and running after the 2018 wildfires aged and faulty PG&E equipment broke out.

“At the end of the day, our goal is to keep the lights on and be reliable,” Rietkerk noted in addition to the 15% lower rates than PG&E.

The Court of Appeal sides with the SSJID

PG&E had sued in county court arguing that LAFCO improperly granted SSJID authority to enter the retail electricity business by allowing it to proceed by agreeing with the irrigation district that they could keep the towns of Manteca, Ripon and Escalon “whole” by making sure that the 2% franchise fee paid by PG&E would continue if SSJID took over the local system.

Because of this franchise fee ruling, the Superior Court also dismissed the prominent lawsuit SSJID filed to secure the retail distribution system within its limits at market value after PG&E rejected an offer. of the SSJID which, according to the irrigation district officials, was above market cost.

The Court of Appeal determined that it was legal for SSJID to pay the fee given that they had proven that they had sufficient income from other sources to continue paying what amounted to a franchise fee 2% to the three cities. SSJID’s largest source of funds is its share of the Tri-Dam Project’s annual wholesale sales proceeds from the Tri-Dam Project’s power plants. In some years, the two districts have shared up to $15 million. The quantity fluctuates according to markets as well as snow and storage conditions.

A state high court appeal aside, the District has yet to revive its prominent estate lawsuit against PG&E unless, by chance, the District makes another offer to PG&E and the for-profit utility accept it.

If an eminent domain lawsuit is successful, the courts will set the price SSJID pays for the retail distribution system.