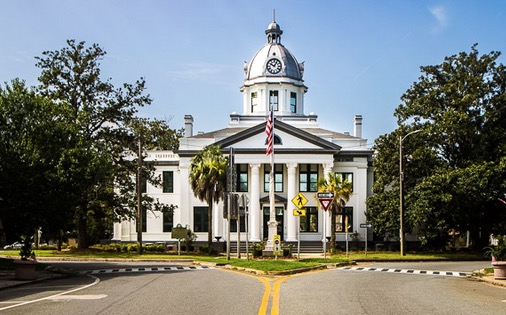 The clerk’s financial books to be audited

The Jefferson County Commission has given Commissioner Betsy Barfield the green light to select one of two auditors recommended by the Florida Auditor General to conduct a limited scope audit of aspects of the county’s financial system.
The picks for the job are James Moore and Company and Purvis Gray and Company, two firms that focus on these types of specialist audits and are recommended by the state’s auditor general.
The board’s decision on Thursday night, December 16, followed Barfield’s request about a month earlier that her colleagues were considering hiring an auditor to do a forensic audit of the clerk’s office, which she told them. recalled that the clerk of the court Kirk Reams had agreed to do so.
â€œWe need to have a solid conversation about what’s going on with our finances,â€ Barfield said at the previous meeting on November 18.
At the time, she informed the board of directors that she had spoken to the current county auditor and the latter had suggested narrowing the scope of the audit to areas that warranted further consideration.
“Because there are some things the court clerk does very well like finance and human resources,” Barfield said at the time.
She cited as one of the areas that she said should be looked at spending through acquisition cards, a type of recharge card commonly referred to as a P card; travel receipts and advertising.
Other areas that Barfield said were worth looking at were tax policies, especially those related to P cards, capital spending, and family insurance for employees.
At the committee’s December 16 meeting, Commissioner Stephen Walker said Fund 17 should also be part of the audit, along with any expenditure involving public funds.
Fund 17 is a clerk’s office account that has come into question since it was used to donate to fundraising events sponsored by the Jefferson County Republican Party and Ducks Unlimited respectively under the guise of ad buys.
As part of the budget funded by the clerk’s court, Fund 17 would be exempt from county commission review, although it still falls under public funding.
Walker distinguished between advertising to promote events for the good of the community and advertising that encouraged self-aggrandizement or resulted in individual gain. As long as the publicity was for the public good, that was not a problem, he said.
The comment was prompted by county coordinator Barwick Parrish noting that he may have inadvertently overstepped the line by advertising in events sponsored by the Monticello Opera House and some youth organizations.
The idea of â€‹â€‹the limited-scope audit is that it will not only identify the county’s accounting weaknesses, but also offer recommendations to address any issues.
The public response to the council’s action has been generally favorable, as evidenced by Merry Ann Frisby.
Frisby said she appreciated Commissioners wanting to save money and not spend frivolously, but believed the cost of the audit was justified
â€œOne thing you can’t afford is to have a continued loss of faith in the way this council and the county operate,â€ Frisby said. â€œAnd it’s rampant there now. You have to spend whatever you need, however you need to spend it, to regain confidence that our taxes are being spent appropriately. “