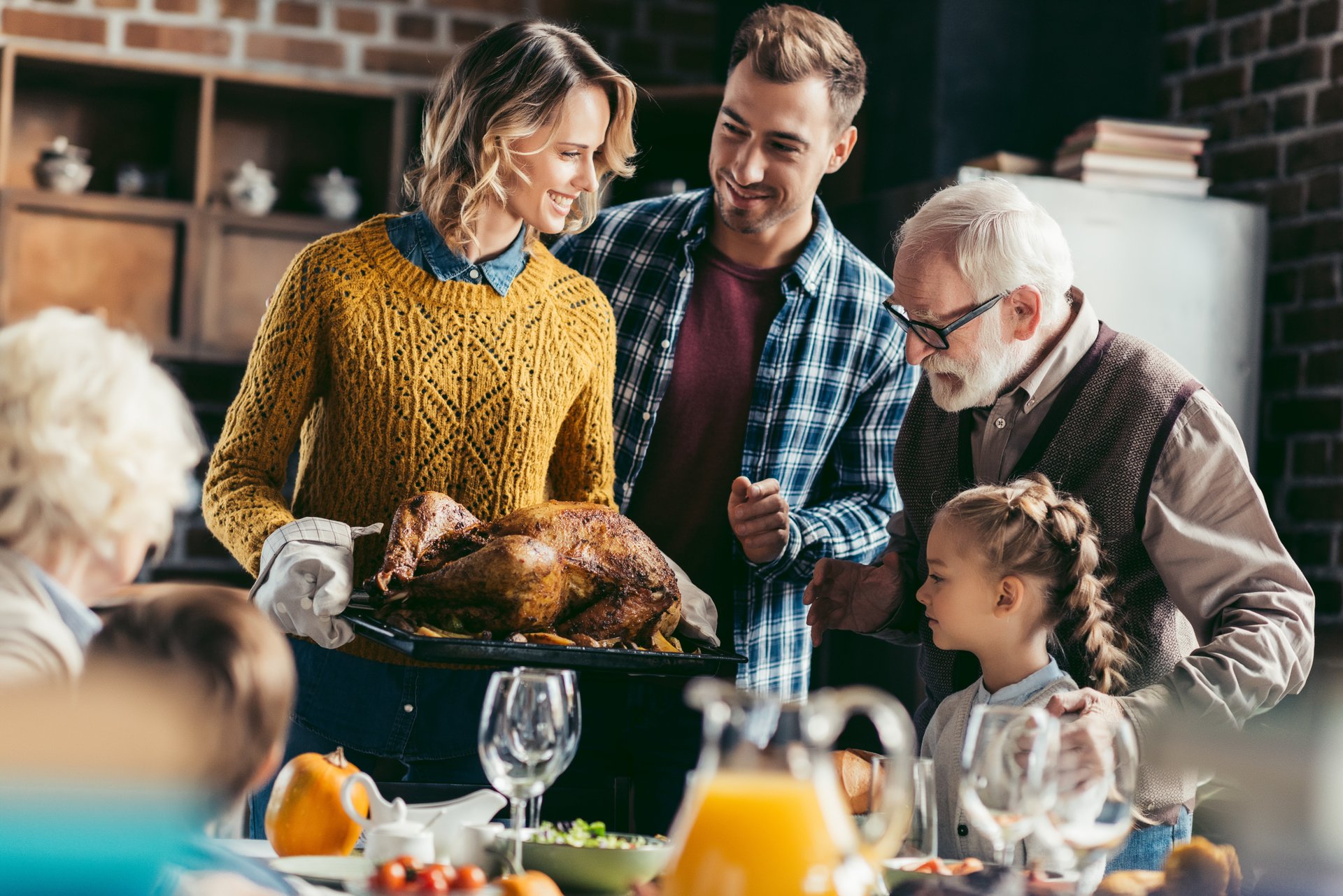 The cost of Thanksgiving dinner over time

Editor’s Note: This story originally appeared on Self.

Thanksgiving is one of the nation’s favorite holidays and an event where we usually go above and beyond to treat our loved ones with a special meal. Over time, the cost of Thanksgiving hosting has undoubtedly increased butâ€¦ by how much?

We were curious about this, so we researched the most popular dishes that people across the country will cook and researched the cost of 3,905 ingredients from the 1960s to find out.

Below, you’ll see how much the cost of a Thanksgiving dinner for 10 people has changed, as well as which dishes have risen the most in price.

The cost of Thanksgiving dinner

Thankfully, the rising meal costs reflected the same increase as the median US household income, which means that to our pockets, the increase doesn’t seem so drastic.

For many of us, the turkey is the star of the show, and that is certainly reflected in the prices we pay.

Mashed potatoes are a staple food for more than half of American homes on Thanksgiving, and the price of potatoes has risen even faster than turkeys.

The recipe is traditionally made with potatoes, butter and half and half. However, since half and half prices weren’t available in the 1960s, our recipe was replaced with milk.

The homemade cranberry sauce is a highlight for many on the Thanksgiving table, and our recipe called for 1 pound of cranberries, a cup of white sugar, and a cup of freshly squeezed orange juice.

Stuffing is another such dish that crosses state borders and will typically be on dinner tables for over 50% of the United States.

We looked at the cost of ingredients for the traditional stuffing, including bread, eggs, onion, herbs, and a homemade broth substitute.

Of all, the onion has seen the most dramatic price increases, with a jump of 1,700% since 1960. At the other end of the scale, eggs have seen the smallest price increase. , to only 189% over the same period.

Although marshmallows are a custom of the sweet potato casserole, they weren’t always as available as they are today, and in fact, they have traditionally been the most expensive part of the dish preparation during the meal. from the use of raw ingredients.

The traditional recipe is canned green beans, fresh fried onions, cheddar cheese and mushroom soup, but the condensed cream of mushroom can be replaced with a white sauce made from butter, flour and milk.

While in percentage terms the cost of onions is the source of the largest increase, in dollars, cheddar cheese will be the most expensive overall. A cup has gone from $ 0.34 in 1960 to $ 2.74 in 2021.

The ingredients of a typical recipe are: milk, baking powder, all-purpose flour, butter and egg.

For our research, we looked at the cost of Red Star Platinum Yeast for this recipe; However, baking powder also works as a great substitute.

An absolute fan favorite, mac and cheese has been featured on many Thanksgiving tables for decades.

Because pasta wasn’t always as easy to take out as it is today, our recipe called instead a homemade pasta recipe. Although it takes longer to prepare, pasta is not as expensive as the more expensive part of the dish. Cheese is by far the most expensive part of making macaroni and cheese and is a big contributor to the 537% price increase since 1960, dropping the price of the dish from $ 2.47 to $ 15.74.

The price of corn and cream cheese for making delicious corn cream has increased almost 300% since the 1960s.

If you decide to make this side dish from scratch today, it will cost you $ 1.27 to serve 10 people. The recipe we analyzed uses fresh corn and homemade cream cheese (made from milk and lemon juice).

Salad is one of the most difficult dishes to follow in price simply because what a salad has meant over time has transformed faster than any other dish since the 1960s. That meant historic prices â€œsaladâ€ and what we can put in a salad today was not as readily available, so we had to use a staple of many people’s salads here – the ubiquitous lettuce.

The second most important dish on the Thanksgiving table (after turkey of course!) Is arguably the pumpkin pie.

Many may choose pumpkin pie as their favorite dish, especially if and when they are serving dinner for 10.

Due to the cost of pumpkins over time not being readily available, and especially pumpkin puree, our recipe was replaced with the cost of sweet potatoes over the same period.

A competitor to the pumpkin pie, a pecan pie made from scratch has risen in price far more than a pumpkin pie. Besides the obvious pecans, the typical recipe is pie crust (homemade with all-purpose flour and butter), eggs, syrup, brown sugar, and butter. However, honey is a viable alternative to syrup and has been used in our historical price analysis.

The price of these ingredients has increased almost 600% since 1960 and 18.5% since last year alone.

In some cases, the traditional recipe may have changed since 1960, for example due to the wide availability of dried pasta today, which was not as available historically. In these cases, we calculated the cost of substitutes that could be used instead. This includes:

Disclosure: The information you read here is always objective. However, sometimes we receive compensation for clicking on links in our stories.