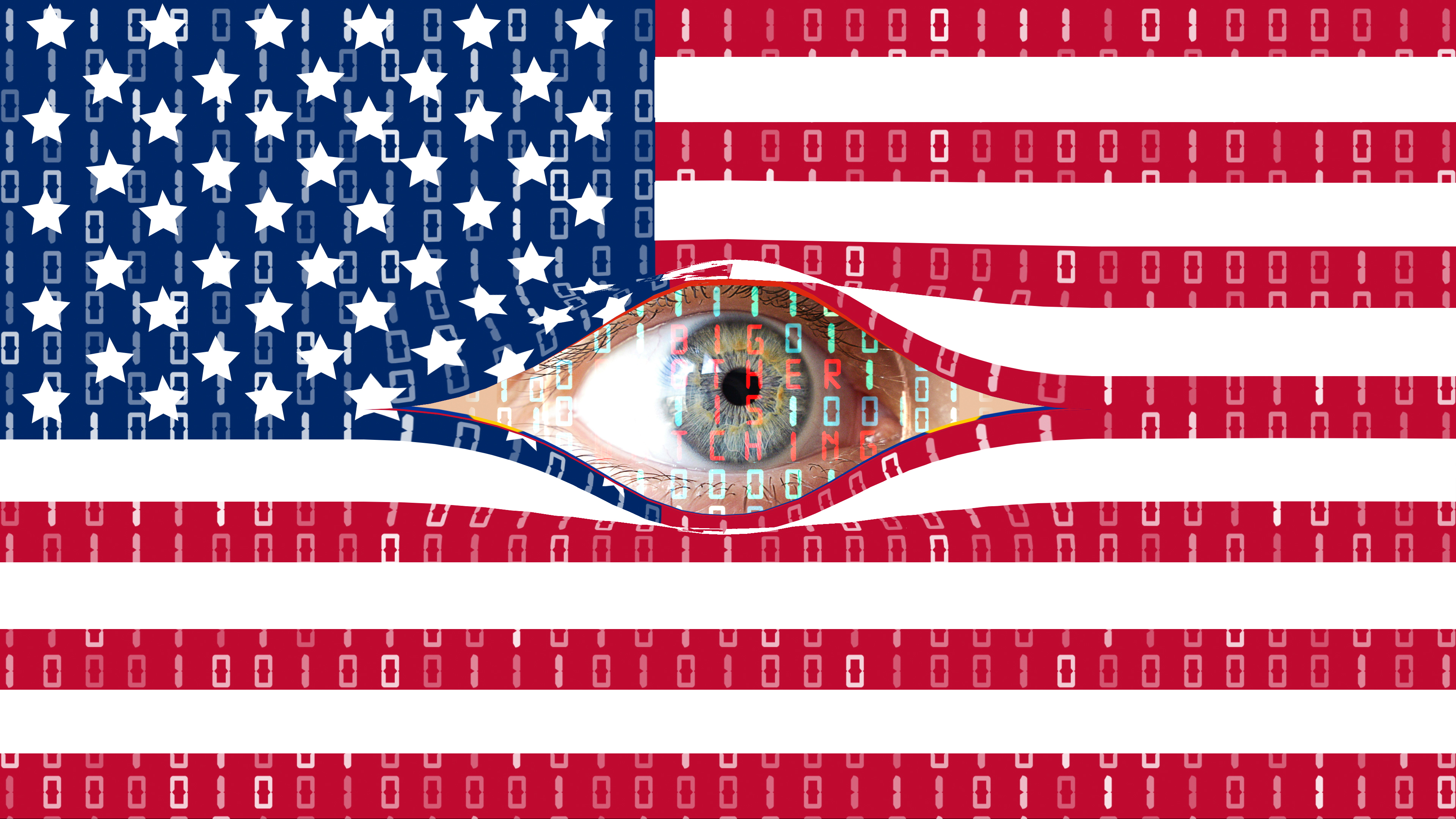 US ‘marching towards authoritarianism’ by not reigning in big tech – author

In recent years, concerns about digital data mining and online privacy breaches have become a growing concern in public and political spheres.

Governments have been found to use data collection questionably, raising concerns about the heightened surveillance it may allow governments and the impact the practice may have on the democratic process and the spectrum. broader geopolitics.

Global tech giants like Facebook and Google have also come under fire for their handling of users’ private data – which is often sold to third parties for bespoke advertising – as fears over privacy breaches have grown. increased.

These concerns are meticulously explored in Privacy is power: why and how you should take back control of your Data, by the philosopher Carissa Véliz. The book lays out the ethics of how companies and governments use data, and how users can gain greater protection.

Privacy is Power is reissued in a paperback format on January 25, with an updated introduction and an afterword by the author. Véliz is an Associate Professor in the Faculty of Philosophy and the IA Institute of Ethics, and Tutorial Fellow in Philosophy at Hertford College, University of Oxford.

Newsweek received exclusive access to the new book’s afterword, which can be read in full below.

Afterword — Privacy is power: why and how to take back control of your data

We are always watched. Since the release of the hardback edition of this book, the battle between privacy and surveillance has only intensified. With each scandal more shocking than the last, the alarm bells are getting louder and the stakes are higher than ever.

Among the many privacy news stories that made headlines over the past year, a few stand out. The first is fears that a sensitive US-funded database containing 40 data points for every member of the Afghan National Army and Police – from iris scans to family ties – could be compromised. found in the hands of the Taliban after the withdrawal of the United States. troops. The case illustrates the toxicity of personal data and the folly of not having a contingency plan to delete sensitive data in an emergency. When people collect personal data, they tend to imagine that it is in the best possible hands and is being used for good. But sensitive data is so prone to abuse, so valuable, and so difficult to protect that it’s far more realistic to imagine it ending up in the worst possible hands, given enough time and data transfers.

The second piece of news that shook the world was Project Pegasus. In July 2021, a leak revealed that more than 50,000 human rights activists, academics, lawyers and journalists around the world had been targeted by authoritarian governments using Pegasus, a hacking software sold by the Israeli surveillance company NSO Group. These professions need privacy to fulfill their role in society. Without privacy, a human rights activist cannot protect herself from abusive government; an academic cannot do research freely; a lawyer cannot guarantee his clients the confidentiality due to them; and a journalist cannot ensure his safety or that of his sources.

It is probably no coincidence that the country most represented among those targeted by spyware, Mexico, is also the deadliest country in the world for journalists, accounting for almost a third of journalists killed in the world in 2020. Surveillance is more often than not followed by abuse of power. Journalism is a fundamental pillar of democracy, and companies like NSO sell spyware in an almost completely unregulated market. That their products harm democracy and freedom is no longer a hypothetical concern – it is a fact. The Pegasus Project provides strong evidence. Do we need more reasons to ban the spyware trade?

The Pegasus Project did not reveal any good news for privacy. Paradoxically, however, the reason software like Pegasus exists is because of increased privacy. Thanks in part to Snowden’s revelations that we were being watched on a massive scale, encryption proliferated across platforms and devices. It has become common. As a result, authoritarian governments need encryption software to monitor their targets. Encryption forces governments to target their surveillance (at least when it comes to content), instead of being able to easily monitor everyone. The battle between privacy and surveillance has become an arms race.

Israel is not the only surveillance exporter. Far more worrying is China selling surveillance around the world. Belgrade has entered into a “safe city” partnership with Huawei and plans to install 8,000 cameras across the city. Dozens of cities in some 150 countries coat their streets, airports, schools and buildings with Chinese cameras. Having Chinese spyware as the infrastructure of “smart” cities not only carries the risk of empowering illiberal regimes, but also gives Beijing both access to sensitive data and the power to easily shut down a city’s operations. . It’s a terrible idea.

China is also making progress in setting global standards for digital technology. Industrialized democracies have set global technology standards in recent decades, from the width of railroad tracks to the frequencies used by cellphones, but Beijing intends to control the latest generation of technology. In addition to developing cutting-edge technologies and exporting them, China is investing in soft power through propaganda and its Belt and Road Initiative, strengthening its influence in the United Nations and other countries. ‘other international bodies and, above all, it has begun to regulate data and AI.

To the surprise of most in the international community, China recently passed one of the strictest privacy laws in the world, along with a series of measures to regulate algorithms. While no one expects the law to curb government surveillance, it dramatically minimizes the personal data companies are allowed to collect and restricts international data flows. Why would China pass laws so strict that they hurt its stock market, which has lost over a trillion dollars? It is likely that Beijing wants to minimize the chances of foreign powers hacking into their citizens’ personal data. He also wants to set the standards for AI before Europe and the United States do.

Tech enthusiasts like Eric Schmidt and Sheryl Sandberg have used the China threat to push for leniency towards tech companies in the United States. They argued that if big tech is dismantled or its access to data is restricted, China will gain dominance in technology. This argument no longer holds any weight now that Beijing has regulated its tech giants.

The role of the United States in setting global standards for privacy and AI is vital. Our version of surveillance capitalism increasingly resembles China’s social credit system, with private corporations collaborating with governments to monitor and control citizens. But trying to beat China at its own game is a mistake. We are marching towards authoritarianism and moving away from our liberal values ​​- precisely what China wants. Beating China in a moral race would not constitute a victory. We need to move away from systems that monitor, control and classify the general population.

The United States is the only developed country in the world that has not yet passed a data protection law. A federal privacy law is urgently needed. Privacy is a non-partisan issue. It’s time for Americans on both sides of the aisle to unite and pass a law that outlaws the trade in personal data, prohibits personalized propaganda, establishes an opt-in system for collecting personal data, and imposes fiduciary obligations on anyone working with personal data, at a minimum.

If China exports surveillance, the United States and other democratic countries must export privacy, both in the form of legal standards and innovative technologies that do not depend on oceans of personal data. We cannot allow techno-authoritarianism to become the norm. Technology is not neutral. It contains objectives and assumptions. Surveillance technology leads to control, which in turn leads to diminished freedom. Let’s stop exporting surveillance gadgets (like Facebook’s new glasses, the latest resurrection of “smart” glasses) and start exporting cyber-secure technology that upholds liberal values.

It is time for democracies around the world to rekindle old alliances. The United States has the prowess of developing advanced technology. Europe has the experience of governance to design regulations for the protection of rights. We need a new pact, similar to those that were developed after the Second World War. We need a new Bretton Woods for data, a new Declaration of Human Rights in the digital age. Agenda items should include privacy, cybersecurity and AI standards. The more we can join ranks on these issues, the more power we will have to deal with threats to democracy. If the United States does not lead the world towards democracy, China will lead it towards autocracy.

Excerpted from the paperback edition of Privacy is Power by Carissa Véliz, on sale 1/25/22 and published by Melville House Books.

5 Assessments to Build a High-Performing Company Culture and Team