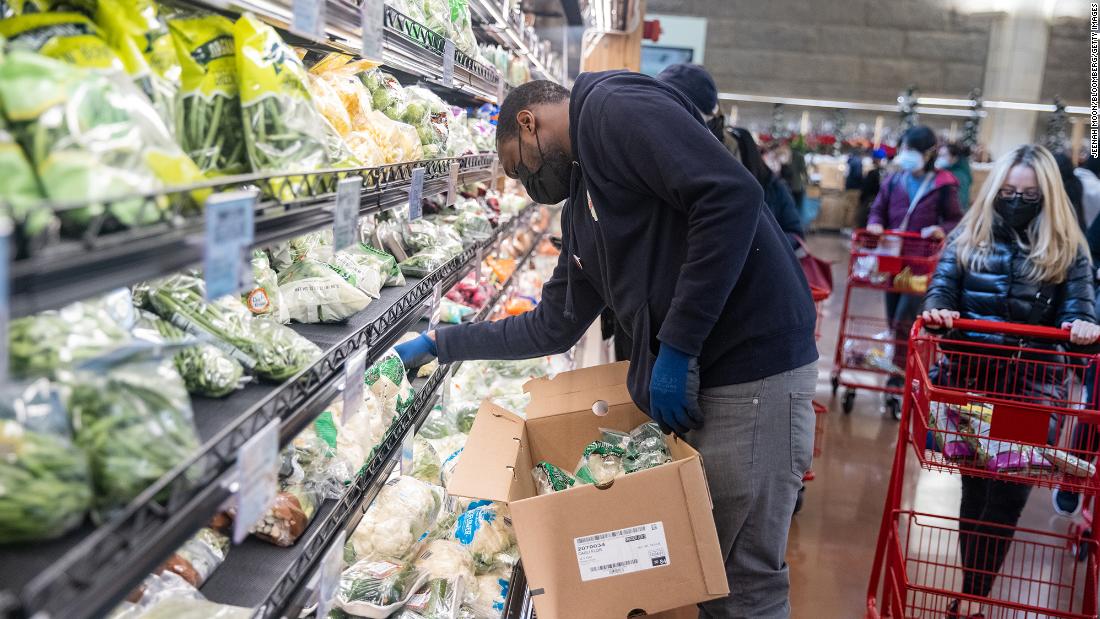 What Biden’s Build Back Better Bill Could Mean For Inflation

Many Republicans argue that pumping more federal money into the economy will add fuel to the fire, while the White House and some Democrats say the bill will lower the cost of living for many families in the city. low income and will moderate inflation over the long term.

But a key Democrat, Senator Joe Manchin of West Virginia, is also concerned about the potential impact the bill would have on inflation. That’s a problem for Biden, who needs the 50 Democratic votes in the Senate for the legislation to move forward. If passed, the spending plan aims to transform the country’s social safety net and tackle climate change.
Prices of everything from gasoline at the pump to food at the grocery store have been rising for months, in part because of supply chain bottlenecks induced by the pandemic. Consumer price inflation rose 6.8% in November, an unprecedented level for 39 years.

No one knows exactly how spending might affect inflation. But many political analysts agree that the impact will be relatively small. Here’s what some experts expect.

The Build Back Better bill, which passed the House in November, currently contains a variety of tax cuts and new federal spending provisions. It also includes tax increases on corporations and wealthy households that are supposed to generate income that pays for the new benefits.

Over 10 years, the Congressional Budget Office estimates, most of the legislation will be paid off, but that will add another $ 367 billion to the deficit. The White House disagrees and has worked to argue that the bill will be fully paid when considering a proposal to improve law enforcement, which the CBO has ruled out.

Two major tax relief programs would be implemented immediately – the expanded child tax credit and the earned income tax credit – while some of the tax increases would not come into effect until later.

This means that the federal government would spend more than it initially receives, which is why many economists say there will be a modest increase in inflation in the near term. Analysts from the Tax Foundation, the Tax Policy Center, the Committee on a Responsible Federal Budget and Moody’s Analytics all agree on this point.
“We believe that on the net, the Build Back Better Act is likely to provide a modest boost to short-term inflation compared to what it would otherwise be,” analysts from the Responsible Federal Budget Committee wrote in a statement. blog post last week.

Why experts don’t think the increase will be significant

Increased federal spending could increase consumer demand, which would increase inflation, but it’s unclear what impact this would have.

“The directional effect is pretty clear that it would increase inflation, all other things being equal. But we don’t know by how much,” said Alex Muresianu, federal policy analyst at the Tax Foundation.

Benjamin Page, principal researcher at the Tax Policy Center, puts the possible rise in inflation in the near term about a few tenths of a percent, which would be a small bump from the 6.8% jump in prices last month.

To put the Build Back Better bill into context, it helps to look at the US bailout, a $ 1.9 trillion spending program that was passed in March. It increased annual inflation in 2021 by 0.3 percentage point and could increase inflation in 2022 by an additional 0.2 percentage point, according to an estimate from the Federal Reserve Bank of San Francisco.

Although roughly the same size as the Build Back Better bill, the US bailout is different because it quickly provided emergency relief to Americans and provided no income compensation. Build Better, on the other hand, aims to spend the money over several years and includes tax increases and other measures to help pay for new spending.

What would a slight increase in inflation mean?

Analysts are less in agreement as to whether even a small short-term increase in inflation is a good idea right now.

“It would be unwise for policymakers to take these risks at a time when inflation is already so high,” wrote analysts on the Committee for a Responsible Federal Budget. Although they believe the effect on inflation would be small and temporary, it could increase the economic cost of containing inflation.

But other experts aren’t as concerned about the potential rise in inflation.

“I don’t think it’s helpful, but I think the increase will be small enough that it isn’t a major concern of the bill – it should be pretty far down the list,” Page said.

If prices start to rise too quickly, the Federal Reserve can dampen the economy. One of the main tasks of the central bank is to keep prices stable, and it can do this by gradually tightening economic policy to control inflation.

Bill aims to cut costs for some families

Many provisions in the Build Back Better bill aim to reduce the cost of living of low- and middle-income households. Eligible families would receive help with paying for child care costs, and states would receive money to create a free pre-K system for children aged 3 and 4.
Some families would also continue to benefit from the enhanced child tax credit, and those without children would continue to benefit from the expanded earned income tax credit – until 2022. The bill also contains a number of provisions aimed at reduce the cost of health care. .

These provisions would mean that in the short term, the bill “is likely to reduce the inflation that low-income and even lower-middle income households will face,” said Mark Zandi, chief economist at Moody’s Analytics.

Building back better could dampen inflation in the long run

The White House argues that over time, the Build Back Better bill will help reduce inflation as its investments will increase productivity and growth, which in turn can lower price levels.

While this may be true, Zandi believes that even in the long run, the bill will have a marginal impact on inflation.

“This will boost long-term economic growth and in doing so, all other things being equal, will dampen inflation in the long run,” Zandi said. “But again, these are very small potatoes, because it’s very marginal and a lot of programs expire, so they likely wouldn’t have any effect later in this decade.”

“Maybe that adds a bit to inflation next year, the year after,” Zandi said. “Maybe at the margin it reduces inflation in the longer run, but stepping back doesn’t have a significant impact on inflation.”